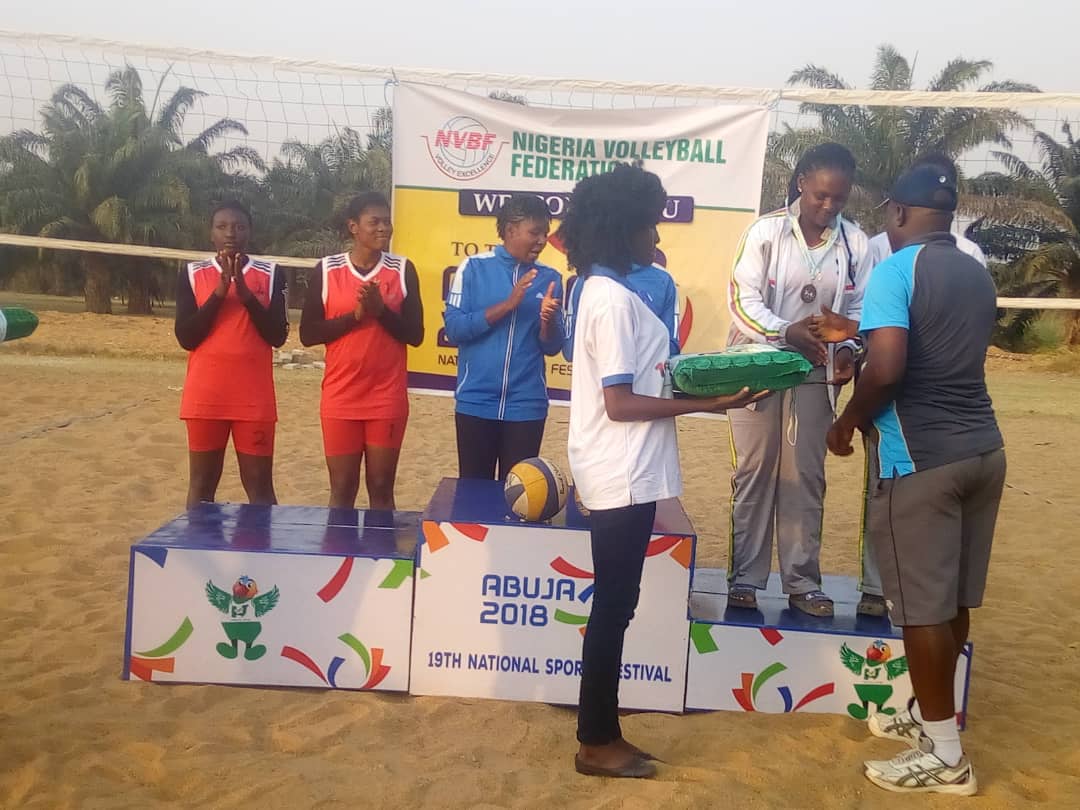 Team FCT and Team Rivers have emerged as the gold medal winners in the male and female Beach Volleyball event at the ongoing National Sports Festival in Abuja.

An elated Rivers state female coach, John Iwerima, commended his players (Francesca Ikhrede and Tochukwu Nnruga) for their performance throughout the game.

Iwerima attributed the feat to hardwork, dedication, discipline and support from the state government.

He said, “I am happy with the effort of the girl because they were the favourite during the tournament. The gold medal is as a result of a positive attitude to training and the ability to take correction. The state government has always supported the girls and I cannot forget to mention their club side (Nigeria Customs) that put them in good shape throughout this year”.

Meanwhile, the coach of the Kaduna female team, Abubakar Sodiq, expressed displeasure over the loss.

Sodiq said, “The girls played better against Lagos in the Semifinals; FCT and Plateau during the preliminary. I think the girls were intimidated playing against experienced players”.