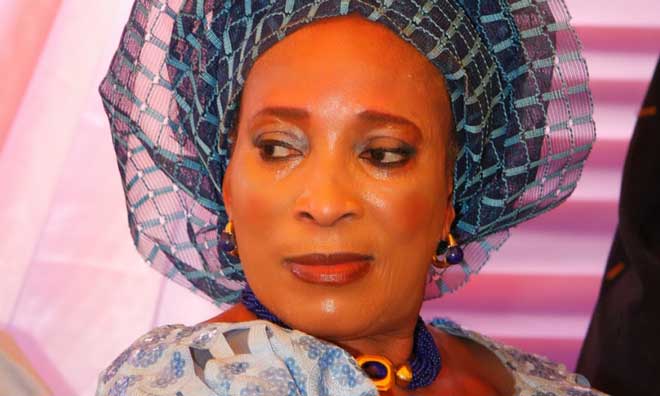 Mrs Abubakar said this at the second edition of African Women Intercultural Dialogue, organised by All Africa Media Network, an NGO in Abuja.

The theme for the 2018 edition is: “Calling African women and policy makers to action against human trafficking forced labour, domestic servitude and sex slavery.”

She said when she was in the villa as the wife of the vice president, she assisted many trafficked boys and girls, especially in accommodating them.

“But I didn’t use government’s money to take care of these girls and some boys who were rescued from traffickers.

“The only thing was that they fed on government’s food and government food is Nigeria’s food,” she said.

She said she sponsored a private bill to the National Assembly (NASS) to curb the menace of human trafficking in the country.

Mr Abubakar said that there were lots of challenges before the bill could scale through, adding that she became a regular visitor to the NASS before it was passed.

She said she conceived the dream to fight trafficking 30 year ago and when her husband became the vice president, it was an opportunity to push the course through.

“I have been doing this job for almost 20 years; I conceived the dream 30 years ago.

“I was a lecturer at the Kaduna Polytechnic and I interacted with a lot of girls on campus which informed the idea,’’ she said.

The wife of former VP said that traffickers often came with “sugarcoated mouth by telling their victims that life is better outside’’.

“I have counseled over 10,600 boys and girls; while some of the trafficked girls I helped to rescue are now graduates,’’ she said.

NAN report that WOTCLEF, founded in 1999, carried out advocacy campaign to strengthen the fight against trafficking in Nigeria and Africa at large.

Earlier, Obaapa Awindor, the Executive Director, Obaapa Development Foundation, an NGO based in Ghana said that human trafficking was not peculiar to Africa.

“When we are talking about human trafficking, it is not only about Africa, but the world at large, in Ghana there are agencies that send people abroad for trafficking.’’

She said in Africa, poverty was responsible for parents giving out their children for trafficking and some of them were used for prostitution.

She commended the role of social media in curbing the menace of trafficking, while calling on parents to join the fight to stem the tide of trafficking.

“Our television and internet are taking us away from cultures, and what use to bring us together like cultural issues are fading away with the advent of Internet,’’ she said.