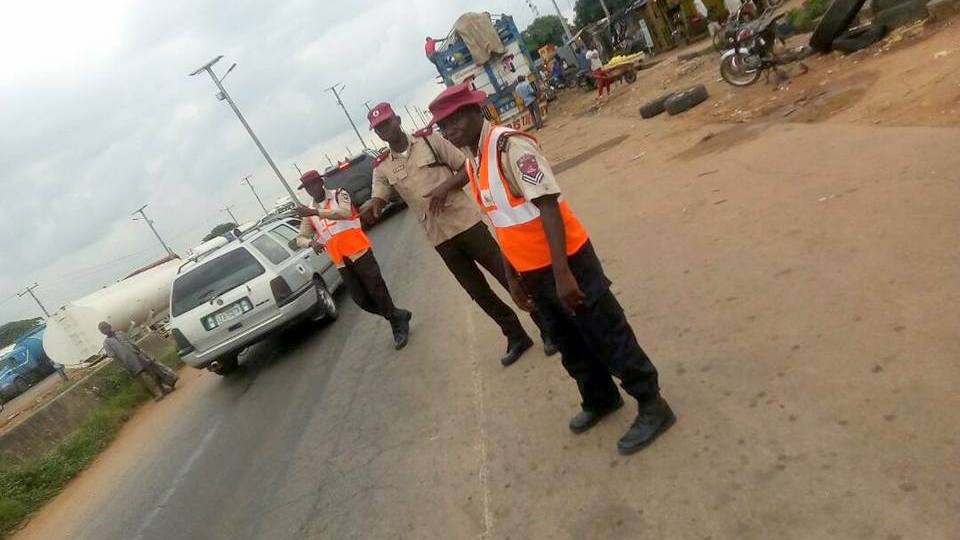 The corps marshal, Federal Road Safety Corps (FRSC), Boboye Oyeyemi, has said applicants with tattoos, bow and ‘K-legs’ would be disqualified from its ongoing screening.

Mr Oyeyemi disclosed this to the News Agency of Nigeria (NAN) while inspecting the screening exercise at Ikeja 9 Brigades Military Cantonment in Lagos on Tuesday.

“In any uniform service, you are not supposed to have tattoo on your body; likewise twisted eyes, bow, K-legs and flat foot are not allowed in the service.

“This is because anybody with bow and K-legs will not be able to stand and walk for a long period of time.

“In uniform service, you must be able to walk and run long distances in case of emergency.

To save life, you will be required to walk long distances and you won’t be able to perform your duty if you have “K” or flat leg.

“We have patrol duties for eight hours and rescue exercise can take up to five hours and if you are not fit you can’t do it.

“Likewise pregnant and married women, we can’t take them because that is the rule for uniform services,” Mr Oyeyemi said.

The FRSC boss said that the screening had been going smoothly across the country together with the five states having high concentration of applicants.

“We have states that have high concentration of applicants, like Federal Capital Territory (FCT) Abuja, Kaduna, Benue, Lagos, Enugu and Oyo.

He expressed satisfaction with the progress made so far in the exercise.

Mr Oyeyemi commended the Nigerian Army, Nigerian Air force, Police, Civil Defence and the Department of State Security Service (DSS) for their maximum support for the success of the screening.

The FRSC boss said that the ongoing exercise across the country had been transparent, decent and on merit in line with the principle of Federal Character.

Hyginus Omeje, the FRSC Lagos sector commander, told NAN that over 3000 degree holders had been screened in Lagos state.

“The screened applicants will start their physical training today and we continue with other cadres on Wednesday.

“The Inspector Cadre will start their screening on Wednesday and Thursday, while Road Marshal Assistants cadre will begin on Friday to Saturday,” Mr Omeje said.

Kemi Opakunle, the acting state coordinator, Federal Character Commission, Lagos State Office, while giving her remarks on the screening exercise, gave kudos to the FRSC officials and other agencies involved in the process.

Mrs Opakunle said that the process was transparent, orderly and highly commendable.

NAN reports that the recruitment started on May 28, with the uploading of the application forms on FRSC recruitment portal. (NAN)

Untold story of the titanic battle between LADOL, SAMSUNG over local content