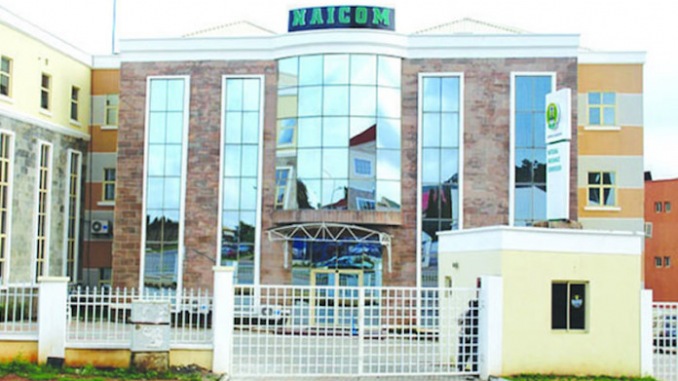 The workers, mostly members of the Association of Senior Civil Servants of Nigeria (ASCSN), used the official hours to entertain themselves within the commission’s premises, while uniformed security officials barred visitors from going in to transact any official business.

When PREMIUM TIMES visited, the workers were seen dancing to loud music from a hired public address system, amid chants of solidarity songs and speeches.

Chairman of the NAICOM Chapter of the Association, Ibrahim Abdulateef, who addressed other members, said if the management of the commission fails to meet their demands at the end of the three-day picketing, they will have no option than to declare an indefinite strike that will completely cripple official services nationwide till further notice.

Mr Abdulateef said following the industrial action by ASCSN over non-implementation of agreement with NAICOM management on September 26, 2017, a reconciliation meeting convened by Federal Ministry of Labour ended with a resolution on their demands.

He said during the meeting, the management had agreed to activate an online portal (in a month) since it was identified as key to NAICOM’s operations and efficiency.

The chairman said following the highlight of the issue of inadequate working tools, NAICOM management was given another one month to ensure all working materials, including computers and other accessories were provided for staff to boost their efficiency.

Other demands of the workers included bridging the gap between senior managers and directorate cadre latest by September 11, equitable review of tax among all categories of workers, and regular training programme for redeployed staff.

Also, workers had demanded for promotion for all categories of staff to take up the vacant position left by those who have either retired, died or their appointment terminated, and not limited to officers who are Assistant Managers.

According to Mr Abdulateef, NAICOM management has not only ignored the agreements reached from the meeting, but has continued to mismanage available revenue on unauthorized local and foreign trips that do not add value to the Commission’s mandate.

“As I talk to you, the National Commissioner is not in the country. But, all the workers have resolved that if our demands are not met at the end of the three-day picketing exercise, the leadership of our association will have no option to call out members from across the country for an indefinite industrial action,” the labour leader said.

When contacted for comment over the workers’ temporary suspension of their service and their threat to commence a prolonged industrial dispute against management, the spokesperson of NAICOM, Rasaaq Salami, said it was an internal matter that would soon be resolved.

“I am in the office doing my work. Nobody has been stopped from coming inside the premise to transact business as usual. It is nothing to worry about,” Mr Salami said.

#OsunDecides2018: APC, PDP tackle each other over arrest of opposition leaders