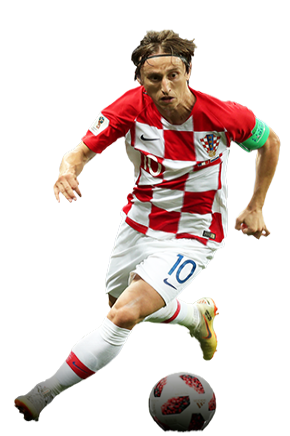 Luka Modric, Mohamed Salah and Cristiano Ronaldo are the last players standing and seeking to be crowned the best player in the world this year by FIFA at their ceremony in London later on Monday.

The award winner will emerge from a vigorous process which had a voting process involving fans, national team coaches and captains and journalists from across the globe.

The impending absence of Ronaldo from Monday’s gala has further fueled speculation that the 2018 ward is for Modric.

Voting is now closed and whilst other awards have last minute changes, it is not the case for The Best, where an external company verifies results to ensure that there is no undue influences.

Debate is guaranteed, particularly after Ronaldo’s unannounced absence in Monaco for UEFA’s award ceremony – when he discovered that he was not the player of the year.

His runner-up on both of those occasions, Lionel Messi, is not in the top three this time around.

With no Cristiano in London, the bets are on Luka Modric having won the Champions League with Real Madrid and reached the World Cup final with Croatia, only to be beaten despite his spectacular performance.

In other categories, the Best Coach award looks destined for Didier Deschamp after his World Cup victory with France, though there is also competition from Zinedine Zidane to retain his crown. Croatia coach Zlatko Dalic is also in the race.

The best goalkeeper award will be fought for between Thibaut Courtois, Kasper Schmeichel and Hugo Lloris.

In the women’s category, Lyon duo Ada Hegerberg and Dzsenifer Marozsan will fight with Orlando Pride’s Marta for the crown, whilst the coaching award will be for Lyon’s Reynald Pedros, Japan’s Asako Takakura or the Netherlands’ Sarina Weigman.

Gareth Bale, Lionel Messi, Cristiano Ronaldo, Mohamed Salah, Benjamin Pavard, Ricardo Quaresma, Denis Cheryshev, Lazaros Christodoupoulos, Giorgian de Arrascaeta and Riley McGee are the other nominees, for the Puskas Award for goal of the year, with Messi the favourite for his World Cup strike against Nigeria.

In the final category, for best support, fans of Peru, Chilean side Sebastian Carrera, and national team fans of Japan and Senegal together, will see which of the trio will come out on top.