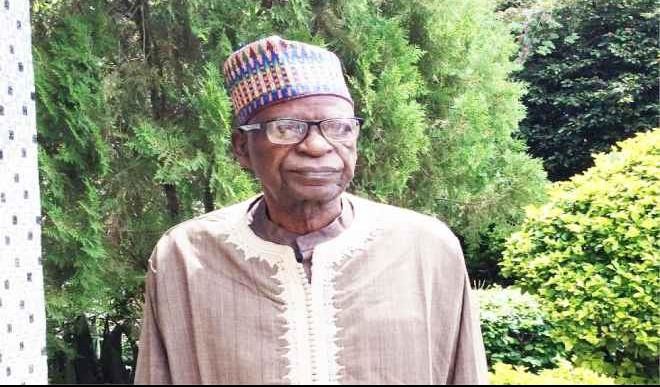 The Plateau chapter of the All Progressives Congress (APC) has queried Yahaya Kwande, elder statesman and member of the party’s Board of Trustees (BOT), over alleged anti-party activities.

Latep Dabang, the party’s state chairman, who signed the query, asked Mr Kwande to explain why he attended a political rally organised by the rival Peoples Democratic Party (PDP), in Jos, on September 18. Mr Kwande also declared support for the presidential bid of PDP aspirant, Atiku Abubakar, at the event.

“It is bad that as a BOT member of our party, you attended a rally of the PDP and even addressed the public.

“To make matters worse, you told the PDP supporters that they should not be surprised if you bring Gov. Simon Lalong to the party, knowing fully well that he is the leader of the APC in the state.”

The APC chief ordered Mr Kwande to, within 24 hours, explain why disciplinary action should not be taken against him for such crime.

NAN recalls that Mr Kwande had attended a rally of the PDP held at its state secretariat in Jos, on September 18.

NAN also recalls that the elder statesman addressed the PDP faithful and received a thunderous ovation when he promised to woo APC top shots, including Governor Lalong, to the PDP.

Efforts to speak with Mr Kwande proved abortive as calls to his lines rang out. (NAN)