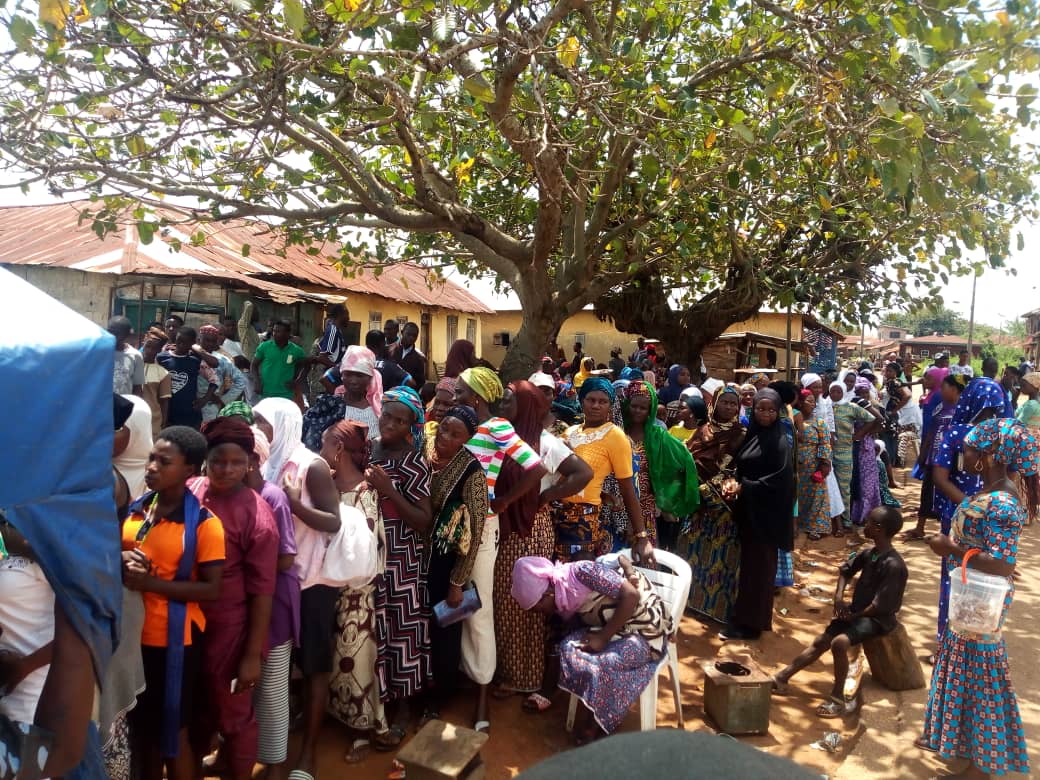 Odò Otin Local Government Area. Image 2 - 1:33pm, PU 002, RA 03, NYSC bus stop, Igbaye, there are still large turn out of voters who are yet to exercise their franchise, they've remained resolute to cast their votes even under the sun.

The Independent National Electoral Commission (INEC) and the All Progressives Congress (APC) have reacted to the raging controversy over the results from from a local government area during Saturday’s governorship election in Osun State.

The declared result out of Ayedaade Local Government Area was changed at the state collation centre in Osogbo on Sunday morning.

The agent who represented the PDP at the state collation centre raised concerns about the depletion of his party’s votes in Ayedaade, but he later agreed that INEC’s amended 9,836 votes for PDP and 10,861 votes for APC were correct. That cleared the way for collation to continue.

But the PDP insisted on the original results, claiming its agent was manipulated at the collation centre by INEC officials.

Oluwole Uzzi, a spokesperson for INEC, rejected allegations that the election results were tampered with to the detriment of PDP.

“But, since the collation is still ongoing, there is no need for anyone to conclude that a permanent decision has been taken on the matter,” the official told PREMIUM TIMES by telephone Sunday morning. “Let us wait for the final declaration.”

“It is too premature to start talking about a collation that is still ongoing,” he said before te election was declared inconclusive.