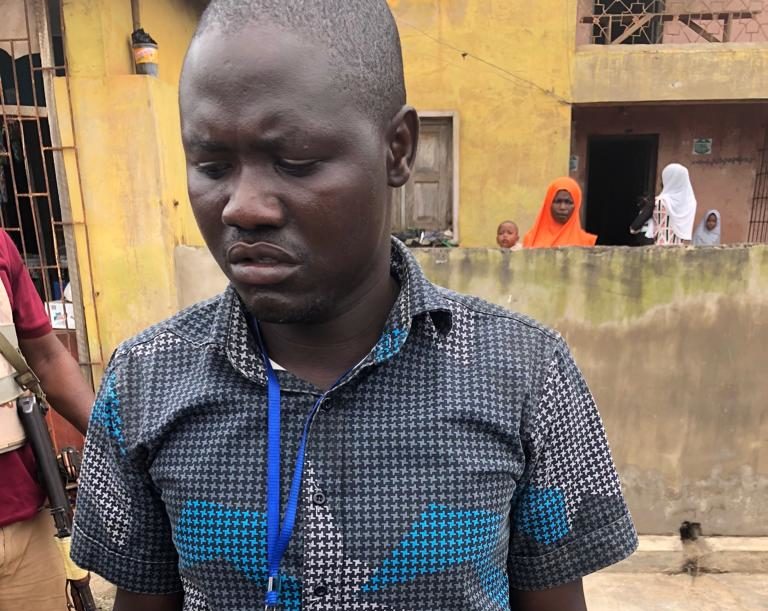 Police announce arrest of another PDP agent for vote buying

The police have announced the arrest of a man identified as an agent of the Peoples Democratic Party in Saturday’s governorship election in Osun State.

Adeogbo Wasiu was arrested with N116,000 in downtown Osogbo, the state capital, on Saturday afternoon, the police alleged on Twitter.

He was reportedly inducing voters with cash at Ward 8, Polling Unit 9 in Fiwasaye neighborhood when officers on duty nabbed him.

He has been taken into custody as investigation continues.

Mr Wasiu is the third PDP loyalist to be arrested for allegedly inducing voters with cash at polling units Saturday.

His arrest comes hours after two suspected PDP agents were arrested with N704,000 in Iwo, Osun State. The police are also investigating the matter, but said the suspects would remain in custody.

Saturday’s election has seen both PDP and All Progressives Congress’ agents canvass votes at polling areas with financial inducement.

The practice is a criminal offence under the electoral law, and electoral authorities and law enforcement agencies have spent the past few days warning Osun electorate against it.

While incidents of votes buying continue to be recorded in today’s poll, they are not as brazen as what observers witnessed in the neighbouring Ekiti State in July.

This might be due to improved surveillance imposed by authorities. Still, PREMIUM TIMES can confirm that votes are being bought in a similar scale as Ekiti State.

While Ekiti voters sold their votes in cash at the ballot box, the scrutiny of law enforcement authorities has pushed culprits in Osun’s election to upgrade their illicit practice.

PREMIUM TIMES confirmed that voters are now being asked to write down their names immediately after voting and their cash will be advanced to them later on.