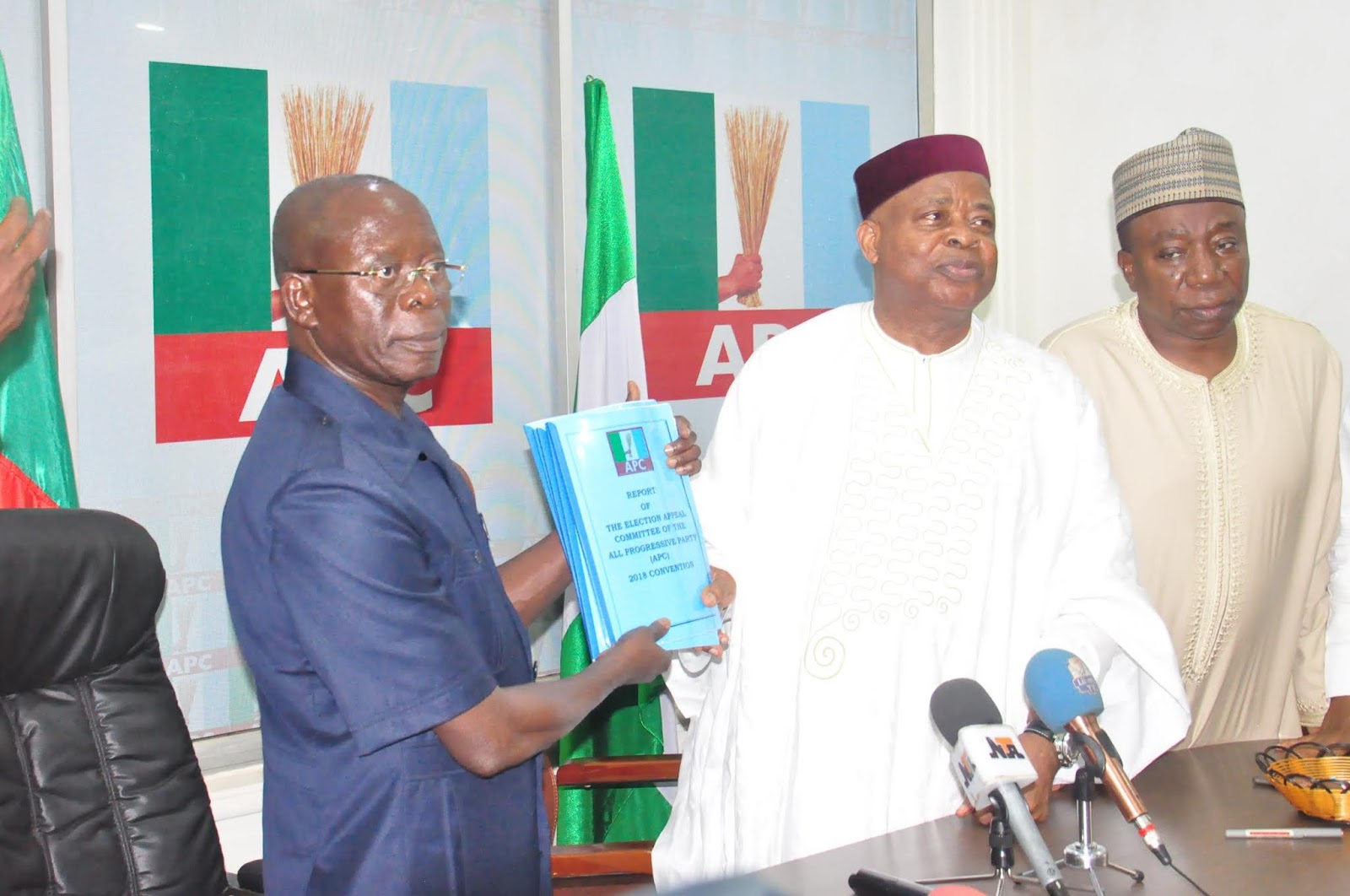 The All Progressives Congress (APC) has released the list of its screening committees for the party’s 386 Senate, 1587 House of Representatives aspirants.

Some heads of the committee include former senate president, Ken Nnamani, former Edo and Bayelsa states governors, Oserheimen Osunbor and Timipre Sylva respectively, amongst others.

The list was released by the party’s publicity department late Thursday night after the national chairman of the APC, Adams Oshiomhole, inaugurated the legislative screening and appeals committees to screen the aspirants at the national secretariat of the APC, in Abuja, on Thursday.

The statement, which contained the list read “The National Chairman of the All Progressives Congress, Mr Adams Oshiomhole, on Thursday, inaugurated high-level legislative screening and appeals committees for the Party’s 386 Senate; 1,587 House of Representatives’ aspirants.”