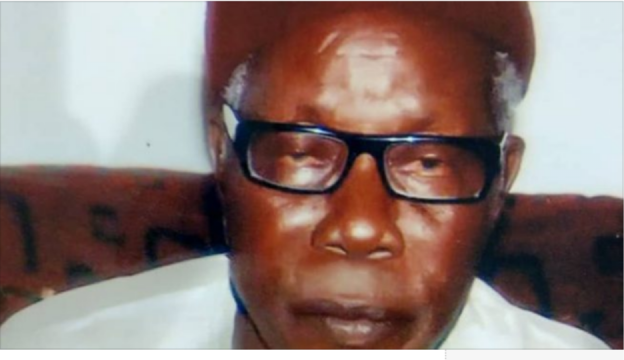 According to Bashir, one of the sons of the deceased, the 79-year-old retired policeman had fallen ill in August 2018 and was treated at a hospital in Abuja before he was discharged on Wednesday afternoon.

He travelled back to his home town, Okene, where he died shortly after arrival.

He was an information officer in the defunct northern region until 1963, when he won a scholarship to do further studies at the College of Journalism, Fleet Street, London, in the United Kingdom.

He joined the police on his return and retired on the rank of deputy superintendent of police (DSP) in 1975.

Adoke was a contemporary of Ibrahim Coomassie, former inspector-general of police who died earlier this year.

While serving as police PRO in Rivers state in 1973, Adoke had the biggest challenge of his career when a journalist, Minere Amakiri, was arrested, tortured, lashed 33 times and had his head shaven with a broken bottle on the order of the ADC to the military governor, Alfred Diete-Spiff.

Amakiri, the Port Harcourt correspondent of Benin-based Nigerian Observer,  was punished for publishing an article about a teachers’ strike on a day Diete-Spiff was celebrating his birthday.

Adoke openly condemned the action of the governor’s aide.

His son, Mohammed, was the AGF under President Goodluck Jonathan from 2010 to 2015.

The former AGF went on self-exile in 2015, alleging threat to his life and a plot to humiliate him over the controversial OPL 245 deal between Shell/Eni and Malabu Oil & Gas.

A court has since ruled that he could not be prosecuted for carrying out lawful presidential orders in respect of the transaction.