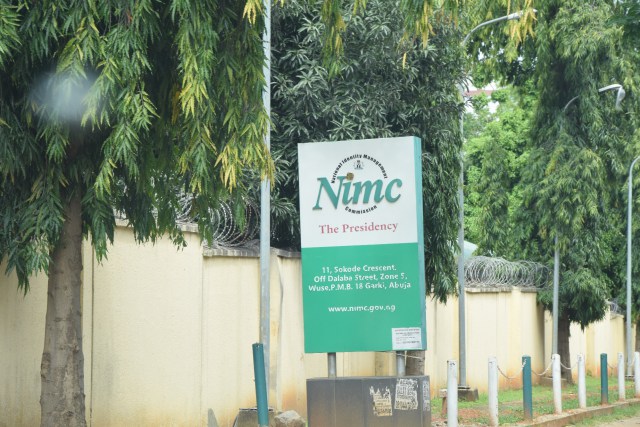 The enforcement of the mandatory use of the National Identification Number (NIN) by all Nigerians might come into full implementation from January 1, 2019.

This follows the federal executive council’s approval of the immediate implementation of a strategic roadmap for “digital identity ecosystem” in Nigeria.

The digital identity ecosystem is a framework that leverages on the existing capabilities and infrastructure of distinct government agencies and private sector organisations to carry out enrolment of Nigerians and legal residents into the national identity database.

The framework will also allow issuance of digital identity, known as the National Identification Number (NIN) to all Nigerians to give the country a credible and robust identity management system.

The National Identity Management Commission (NIMC) said the approval of the identity ecosystem by FEC would permit the full implementation of the provisions of the NIMC Act 23, 2007.

The provisions of the Act include the enforcement of the mandatory use of the NIN by January 1, 2019, and the application of appropriate sanctions and penalties on defaulters as provided under Section 28 of the NIMC Act and Regulations.

Director-General/CEO of NIMC, Aliyu Aziz, said the approval of the strategic roadmap for the identity ecosystem for Nigeria was in line with the federal government’s efforts to reposition the country’s status in the global economy.

Mr Aziz said the implementation of the roadmap will gradually move the country towards achieving the Economic Recovery and Growth Plan (ERGP) launched in April 2017.

He noted that the ERGP was designed “as an omnibus strategy for the government to meet the critical needs of the citizenry in areas such as food security, energy, transport, human capital development, but more critically developing a local digital economy.”

The NIMC DG thanked the president, Muhammadu Buhari, and the vice president, Yemi Osinbajo, as well as members of the FEC, National Assembly, World Bank, French development agency – AFD, the European Union/EIB and members of the Harmonisation Committee for the achievement.

He also commended other industry interest groups whose expertise and contributions fostered harmonious discussion and created the platform for the development of the roadmap.

Besides, he urged all agencies of government and the private sector who are directly or indirectly into the business of data capturing and service provision requiring identification of persons to note the guidelines, processes, procedures for licensing public and private sector organization.

He said these requirements would soon be published.

NIMC said duly licensed organisations would be required to carry out the front-end services of the identity ecosystem, including data capturing, authentication and verification services, in compliance with the provisions set out in the Nigeria Biometrics Standards.