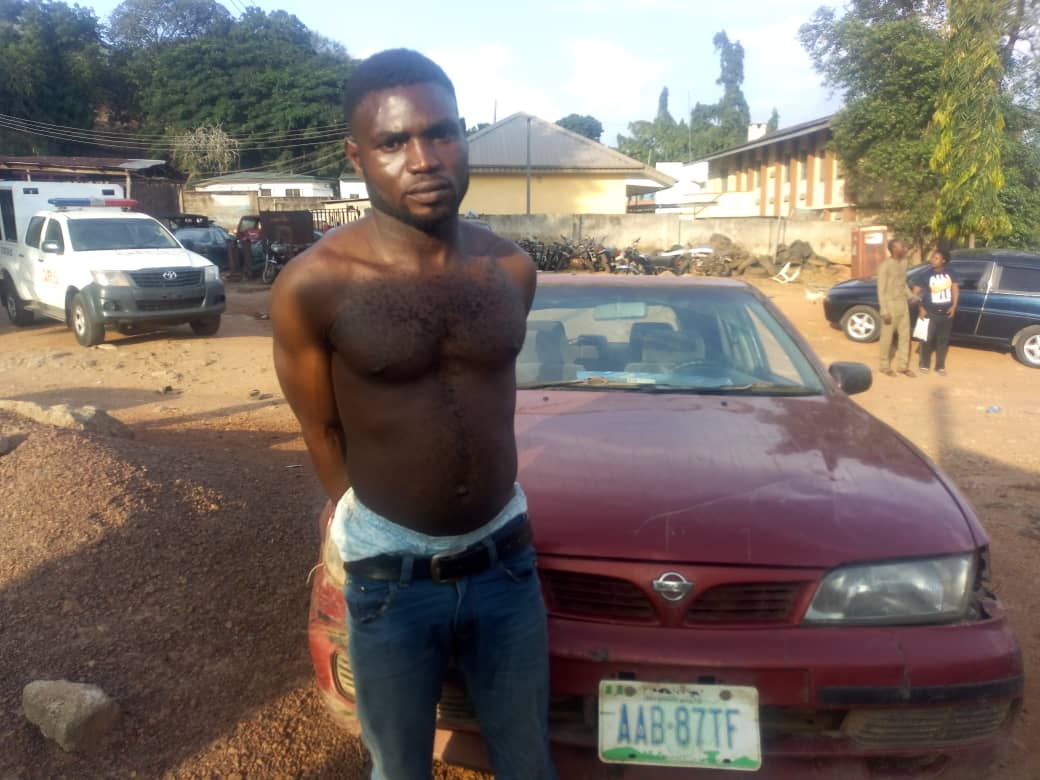 An ex-convict, Ayomide Ifabode, who recently regained freedom after serving a jail term has been arrested again for allegedly stealing a Nissan Almera saloon car.

The Ogun State Police Command public relations officer, Abimbola Oyeyemi , revealed this to journalists on Tuesday. He said the suspect was arrested on September 17, at Ototo village along Kobape road Abeokuta.

He said the suspect used a master key to steal the car which has a registration number, AAB 87 TF, where it was parked in Ijeun Titu area of Abeokuta. The suspect then took the vehicle to Ototo village along Kobape-Abeokuta road.

”The suspect was arrested on the 17th of September at Ototo village along Kobape road Abeokuta where he took the vehicle to after removing it from where the owner parked it at Ijeuntitun area of the metropolis,” Mr Oyeyemi said.

The police spokesman said, the owner of the vehicle, Okeowo Ahmed reported the crime at Ibara division.

He said following the report, the Ibara divisional police officer, Ibara, Dada Oluwasegun detailed his detectives to embark on a discreet investigation.

”Their efforts yielded a positive result when the operatives got information that the vehicle has been sighted at Ototo community consequent upon which they stormed the place where the suspect was promptly arrested and the car recorvered,” the official said.

Mr Oyeyemi said the suspect confessed to the crime. He (suspect) also said he has just been released from jail over a similar crime.

Meanwhile, the Commissioner of Police, Ahmed Iliyasu, has ordered the transfer of the suspect to Federal Special Anti-Robbery Squad, (FSARS for further investigation and prosecution.