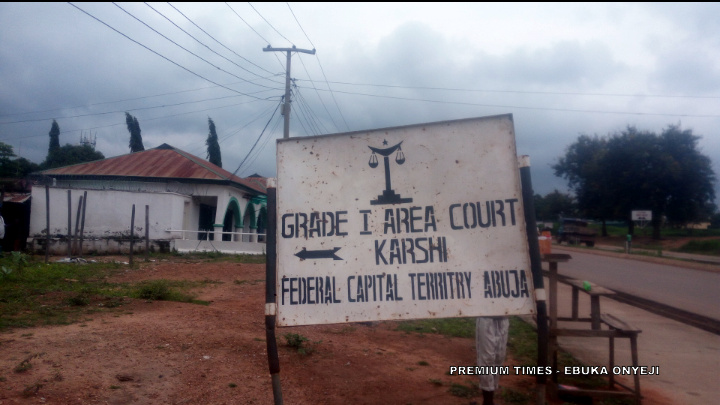 A Karmo Grade 1 Area Court, Abuja, on Friday sentenced three women to 45 days imprisonment for fighting and biting themselves in public.

The convicts, Amina Ishaq, 22, Praise Bassey, 29 and Mariam Soliu, 23, all of Paipe Village, Abuja, were arraigned on a two-count charge of disturbing public peace and causing harm.

The judge, Inuwa Maiwada, however, gave the convicts an option to pay N3, 000 fine each.

Mr Maiwada advised them to live and maintain peace among themselves, saying the punishment would serve as deterrent to other would-be offenders.

The convicts had admitted committing the offence and urged the court to temper justice with mercy.

Earlier, the prosecutor, Ifeoma Ukagha, had told the court that after the convicts finished fighting and causing harm on themselves, they went to Karmo Police Station to report the matter on Sept. 12.

Mr Ukagha said that on that same date, the convicts sustained injuries on their bodies through bites and clawing.

“During police investigation, they could not give satisfactory explanation on what caused the fight,” he said.

Mr Ukahga said the offence contravened the provision of Sections 113 and 244 of the Penal Code.