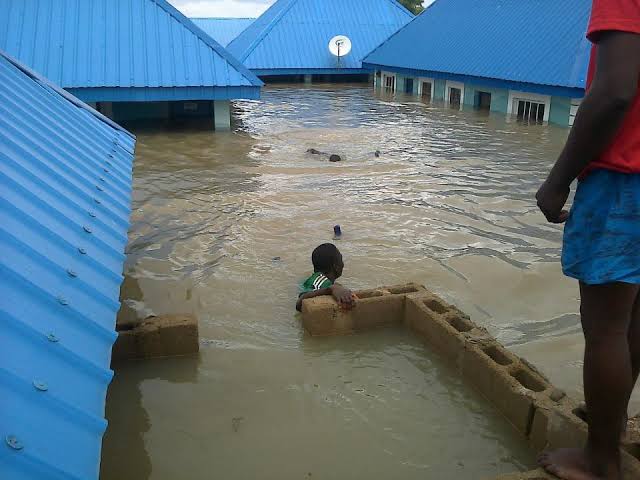 The National Emergency Management Agency (NEMA) on Tuesday called on states and local governments to put in place emergency response mechanisms to prevent flooding in their respective domains.

Umar Muhammed, Team Leader of a committee set up by the federal government through NEMA to create awareness on flooding, made the call at a stakeholders’ meeting in Port Harcourt.

Mr Muhammed said the aim of the meeting was to coordinate stakeholders’ activities in preparing for response, in case there was flooding in their areas.

He called on members of the public to be part of the crusade to prevent flood disaster across flood-prone communities.

“State Governments should prepare places for victims in case of any flood disaster because we cannot stop it, but we can reduce the effect by not blocking the water ways, our drainage and stop building on the water channels.

“The state and local governments should be ready to respond to the first call of any disaster management, while NEMA comes to the rescue.

“We can come in when the state calls us because our duties is to intervene, so we appeal to state governments to provide places ready for victims,” he said.

Ejike Martins, the South/South Zonal Coordinator of the Agency, said that flood and disaster management should be everybody’s business.

Mr Martins stated that the agency was ready to collaborate with state governments and other agencies to curb disaster in the country.

He added that the meeting was to identify the challenges facing the disaster management agencies, and to identify areas of improvement.

“Stakeholders would be able to harmonise their efforts with the coordination and collaboration with our agency after this meeting.

“We also believe that with all these findings after the meeting, we will be able to get an action plan toward reducing flood disaster to the nearest minimum,” Mr Martins said.

Chris Berewari, the Special Adviser to Governor Nyesom Wike on Emergency and Relief Services, said that the meeting by NEMA was timely and crucial.

Mr Berewari also said the state government was prepared for the predicted flood in the state.

“Rivers State is known as one of the flood danger zones, mostly the communities around the river area. So we are prepared if there should be any emergency.

“We have gone for inspections to the communities likely to be affected by flood to enlighten them on measures to prevent serious effects of flooding,” he said.

He called on the public to desist from environmental abuses capable of causing flooding.

“We advise the public to stop blocking the water channels in their areas.

What the weather will look like in Nigeria on Wednesday