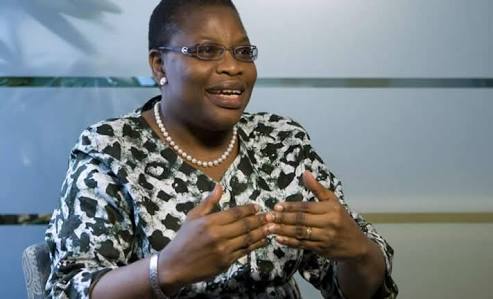 A former vice-president of the World Bank’s Africa division and Nigerian former minister for education, Oby Ezekwesili, has criticised the decision of African countries to borrow from China.

China has announced a $60 billion facility in aid and loan to Africa.

President Muhammadu Buhari and other African leaders are currently attending the Forum on China-Africa Cooperation (FOCAC).

The former minister, in a Twitter thread on Monday, tweeted;

“For the massive Investment that our continent needs for even basics like Infrastructure (some $93B annually from one of the studies by our team some years ago), the continent does need to borrow to complement primary source of financing- its own domestic revenue mobilization.”

Giving statistics to support her claims, she said Nigeria’s total public debt stock at the end of the first quarter of the 2017 fiscal year was N19.16 trillion (or US$62.9 billion), representing about 18 per cent of nominal GDP.

Mrs Ezekwesili, who served as the vice-president of the World Bank’s Africa division from May 2007 to May 2012, also condemned the act of the Nigerian government borrowing from China.

She also said Chinese attitude to indebtedness is the hardest in the world. She said she is aware because she had to deal with it in the course of her work at the World Bank, helping to get the heavily indebted poor countries debt cancellation.

Mrs Ezekwesili highlighted that it annoys her to no end seeing our countries binging on Chinese loans.

“Most annoying of this latest round of rising scale of public debt by countries of the continent is that the politicians are behaving exactly like the ones who piled up the debts in the 80s & 90s.”

She explained that China knows exactly what they are doing going by the loan agreements with African countries.

“You will see how tight they cover their exposure. Meanwhile, our own Leaders go there to naively, gleefully and with huge dose of inferiority complex, sign on to bad deals”

She then blamed African leaders, saying they lack the will to carry out bold and costly reforms that will attract private sector investment into critical sectors of the economy.

“Our governments substitute with risky non-concessionary loans from China & elsewhere. Some even hand over national patrimony in exchange.

“Until African leaders & citizens mobilize consensus around the core roles of private sector in helping solve our economic problems, we shall keep going a- borrowing and thus a-sorrowing.

“Citizens are enabling #LazyLeaders on the continent to avoid hard work & go for #ChineseLoans” she tweeted.

JUST IN: Total, NNPC, other partners to launch Egina crude in Singapore