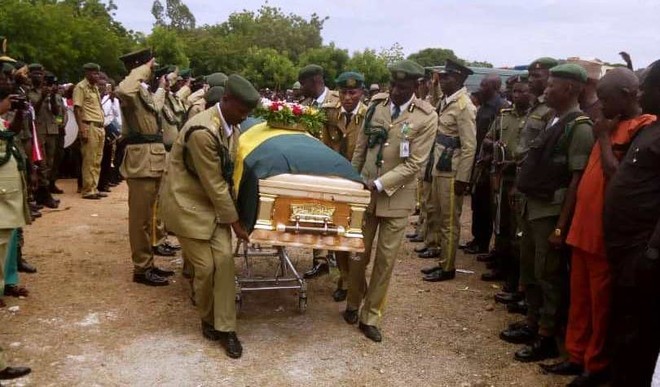 The remains of the retired Assistant Controller-General of Prisons Nanvyat Gwali have been buried in his home town, Simchor, Plateau, a Nigerian Prisons Service official has said.

Francis Enobore, the public relations officer of the service, said in a statement issued in Abuja that the remains were buried amid tears on Friday.

Gunmen killed Mr Gwali in his farm, Laminga, near Keffi, Nassarawa, on August 10 and the gunmen have not be found.

The Comptroller-General of Prisons, Ja’afaru Ahmed, in his condolence message to the deceased family noted that the late Gwali was a gentleman officer.

“Gwali was courageous and astute with a remarkable sense of commitment to the service of his father land throughout his career.

“It is sad that his life was cut short by evildoers and would be certainly missed by all,’’ he said.

Mr Ja’afaru urged the family members to take solace in the fact that the late officer lived a life worthy of emulation.

Mr Gwali was born on April 5, 1956 and was enlisted into the Nigerian Prisons Service in November 1989.

He rose to Assistant Comptroller-General of Prisons before his retirement in April 2016.