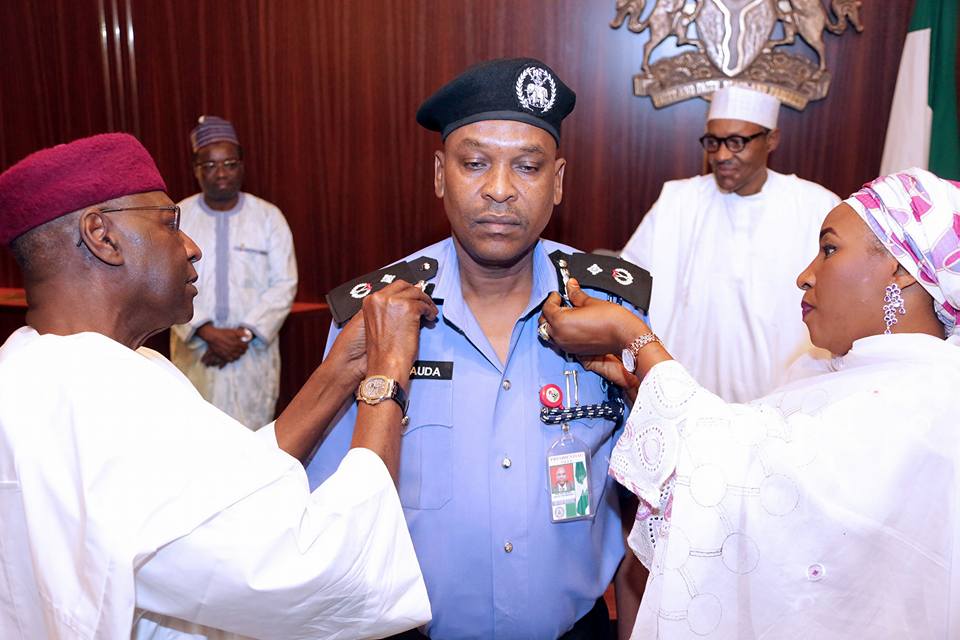 The Chief of Staff to the President, Abba Kyari, performed the decoration ceremony on behalf of Mr Buhari at the Presidential Villa Abuja.

Speaking at the event, Mr. Kyari congratulated Mr Dauda on his well-deserved promotion from his initial rank of Assistant Commissioner of Police.

‘‘The President desires the best at all times and he expects that you discharge your duty with the highest sense of professionalism, patriotism and integrity.

‘‘He also expects that as you discharge your duty public interest must override any other interest,’’ Mr Kyari said.

In his remarks after the decoration, the newly promoted police commissioner said, ‘‘I am very grateful to God and I see this promotion as a challenge and a call to duty to give my best to my country.’’

He also holds a Diploma in Police Science from the Institute of Leadership and Management, United Kingdom.

He enlisted into the Nigeria Police Force as a Cadet Officer on January 1, 1985, and during his 33 years career as a police officer, he passed through the ranks and earned his promotions beginning as an Assistant Superintendent of Police 1 in 1988 to a Commissioner of Police in 2018.

In the course of his extensive police career, Mr Dauda has attended several training courses at home and abroad.

Born in 1963, he is married and has five children and two grandchildren.