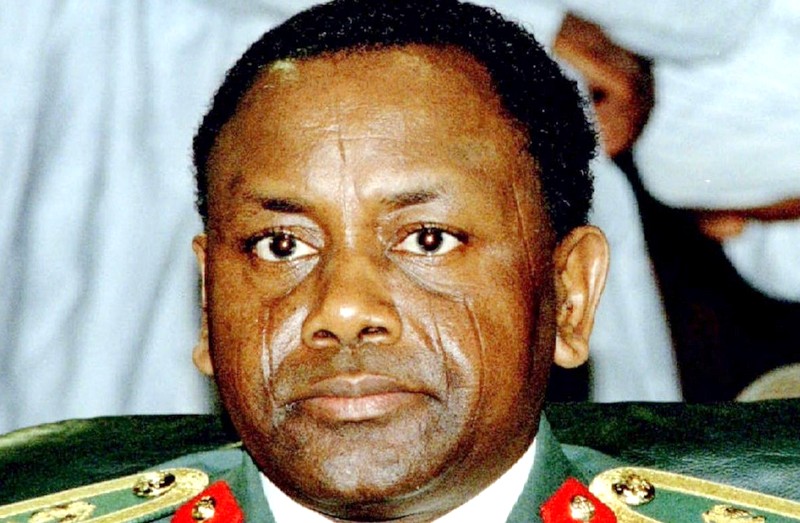 Mr Abacha’s government was marred by human rights abuses, especially the hanging of activist, Ken Saro-Wiwa, one of several executions of Ogoni activists who opposed to the exploitation of resources in their enclaves.

Moshood Abiola, the presumed winner of the 1993 presidential election and ex-president Olusegun Obasanjo were jailed for treason. Nobel Laureate, Wole Soyinka was charged in absentia with treason.

Mr Abiola was recently honoured by the Muhammadu Buhari administration while June 12, the day he presumably won the election has been penned a Nigeria’s new Democracy Day.

During his regime, it is estimated that he and member of his family stole over £5 billion from the country’s coffers.

In 2004, Abacha was listed as the fourth most corrupt leader in history.

Ironically, during a service marking the 10th year anniversary of the death of the dictator, Mr Buhari dismissed claims that Mr Abacha looted the country. Mr Buhari served in Mr Abacha’s government.

On the flipside though, Mr Abacha was celebrated by some for supporting the Economic Community of West African States (ECOWAS) when he sent Nigerian troops to Liberia and Sierra Leone to help restore democracy.

Mr Abacha died in June 1998 while at the presidential villa in Abuja.

He was buried on the same day, according to Muslim tradition, without an autopsy. This gave rise to speculations that his death may not have been normal.

The government however identified the cause of death as a sudden heart attack.

Former President Goodluck Jonathan, in 2014, honoured Mr Abacha as ‘‘one of Nigeria’s greatest heroes in Nigeria during the centenary awards’’. This did not go down well with the civil society.

Mr Buhari, has also credited Abacha for building roads and improving education and healthcare although many still dispute this.

Timeline of key events in the late dictator’s life: