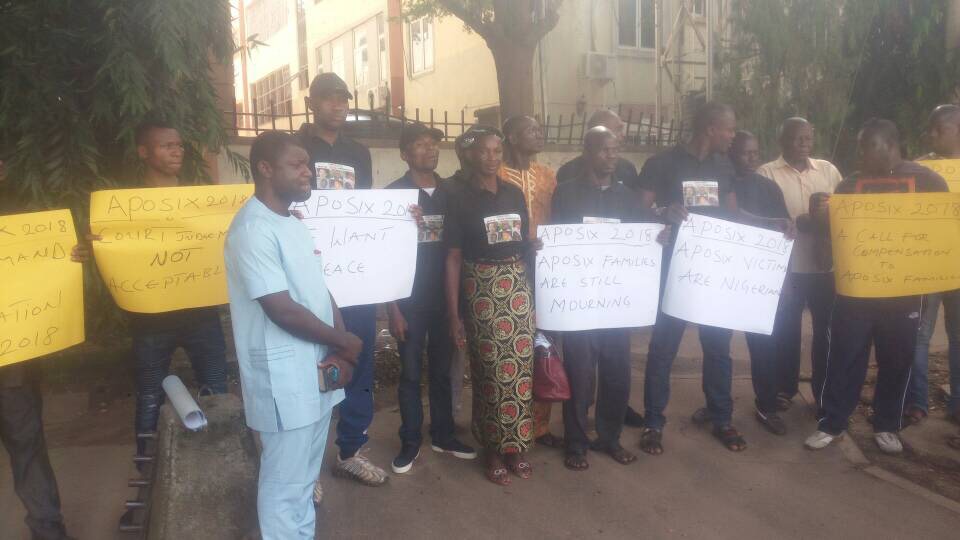 Today marks the 13th year six young Nigerians were murdered in the streets of Abuja by officers of the Nigerian police.

The “Apo Six’’, as the youthful victims have come to be remembered, centered on the extra-judicial killing of five young auto-spare parts dealers in Apo, a satellite town in Abuja, and a young woman, on the night of June 7, 2005.

To the public, it was another sad case of extra-judicial killing, but life, as it was, for the families and loved ones of the victims – Chinedu Meniru, Augustina Arebu, Ifeanyi Ozor, Anthony Nwokike, Paulinus Ogbonna and Ekene Isaac Mgbe, would not remain the same.

On Friday, the families, in their usual ritual every year since the incident, took to the spot it happened at Gimbiya street, Area 11 in Abuja to mourn the victims.

They took turns to air their grievances on how the matter has been handled.

According to them, justice has been elusive since the then DCP, Ibrahim Danjuma, who allegedly ordered the shooting, was not just discharged and acquitted but also reinstated and speedily promoted by the police.