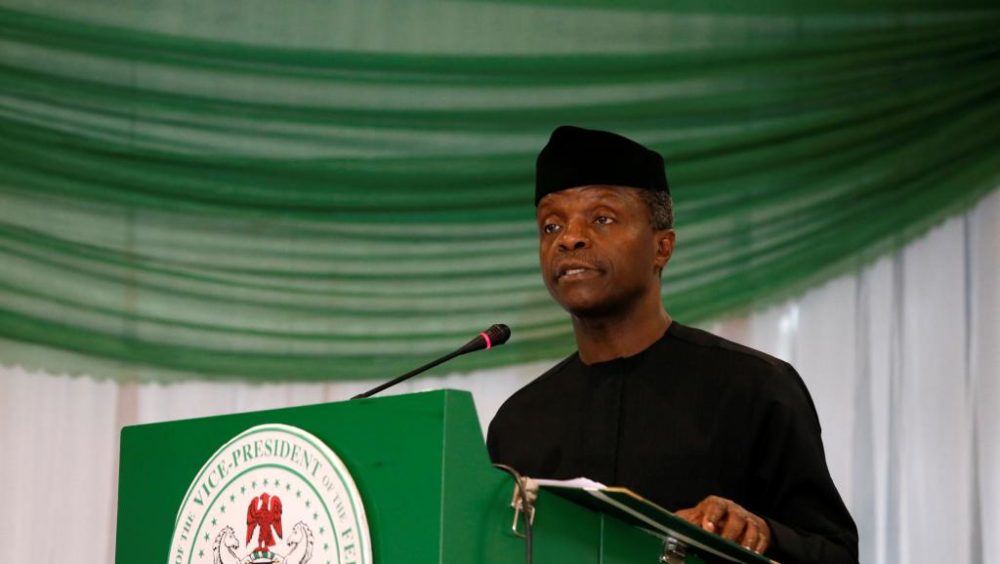 Mr Osinbajo made the call on Monday in Abuja during a Digital Africa Conference 2018 with the theme: “Africa`s Technology Renaissance”.

The vice president, who was represented by the Minister of Communications, Adebayo Shittu, said such effort would unlock new opportunities for productive activities to advance the continent.

“It is obvious to me that if we pay attention to development and rapidly enhance our level of economic and technology development, most of Africa’s social development problems will fizzle out.

“We need to key into developments in the technologies of the Fourth Industrial Revolution such as humanoid robotic, augmented and viral reality, artificial intelligence such as driverless cars, Nanotechnology, big data analysis, cloud computing , deep learning among others.

“This will end common issues of poverty, terrorism, insecurity among others that are associated mostly with the African continent,’’ he said.

Umar Danbatta, the Executive Vice Chairman, Nigerian Communications Commission (NCC), said the transformational impact that technology sector had added to the spheres of economy were enormous.

According to him, the effort has impacted positively in governance, security, transformation, development, banking, employment opportunities, education, commerce, citizen empowerments among others.

Evans Woherem, the Chairman of Digital Africa said there was a positive correlation between the level of development and the level of information technology of any country.

He said that any country that worked hard on its level of development technology would invariable enjoy a concomitant level of economic development.

He said the Digital Africa would deepen effort to ensure transformation of Africa from a passive consumer to a leading innovation and user of digital technology.

“It will be one of the ways to stimulating economic and technology development in the country,’ he added.

Leventis stores announces return to Nigeria before end of 2018