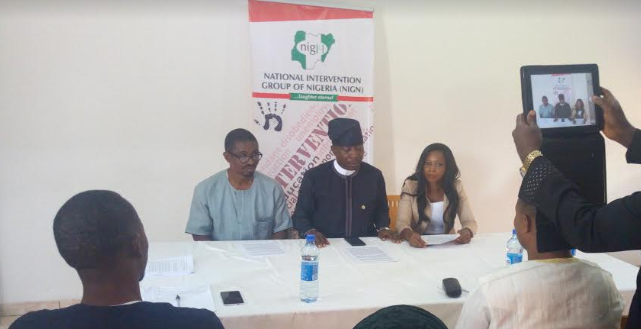 A human rights group, National Intervention Group of Nigeria, has called for the resignation of the Inspector General of Police, Ibrahim Idris, for alleged loss of morality to continue in office given his inability to tackle killings across the country.

The convener of the group, Segun Akinloye, made this call on Tuesday at a press conference in Abuja on the state of the nation.

Mr Akinloye said “the lives of Nigerians, even in Nigeria appears nowadays to be cheaper and more worthless than ever before witnessed or recorded in history.”

He frowned at the powerlessness of the police to abate the killings, warning that Nigeria may be heading to division and eventual collapse if urgent steps are not taken.

He made reference to the killings in Southern Kaduna, Benue, Taraba, Kogi, Plateau and Kaduna States from January till date.

“Birnin-Gwari in Kaduna State and some villages in Maru Local Government of Zamfara State are being terrorised daily and their people being killed and animals and other property carted away unchecked by our governments, Local, State, and Federal,” he said.

He also made reference to the Dapchi girls kidnap and said the whole nation still awaits the rescue or return of Leah Sharibu, who is alleged to still be in custody of her abductors because she refused to renounce her Christian faith.

He said Nigerians have “been fed severally with uncoordinated promises and announcements about her return, yet Leah is nowhere near home to celebrate her 15th birthday.

“Just between May 1st to 15th, no fewer than 220 violent deaths arising from non-traditional and non-communal strife related violence have been recorded in Nigeria. On Sunday, 13th of May 2018, news filtered in that 87 citizen were abducted along Birnin-Gwari Road in Kaduna State by the people we now know as bandits who ambushed over 15 vehicles conveying them.

“The horrible high toll of deaths recorded apart from terrorism or traditional crimes especially in the Central and Northern parts of Nigeria in 2018 only are enough for overhaul of our nation’s security.”

The convener, however, hailed the Minister of State for Petroleum Resources, Ibe Kachikwu for contributing to the peace in the Niger Delta.

“The restive Niger-Delta region has been peaceful for a while, all thanks to a prominent Minister from the oil-rich delta region who has been more than concerned to achieve relative peace and economic activities of the region.

“But our albatross is now the killing fields in the Central and Northern regions, to which the most response and reaction the people seem to get from the government, event after unjust event are speeches of condemnation, one after the other, which is neither effective action nor justice,” he said.

The group prayed President Muhammadu Buhari to relieve the IGP of his position.