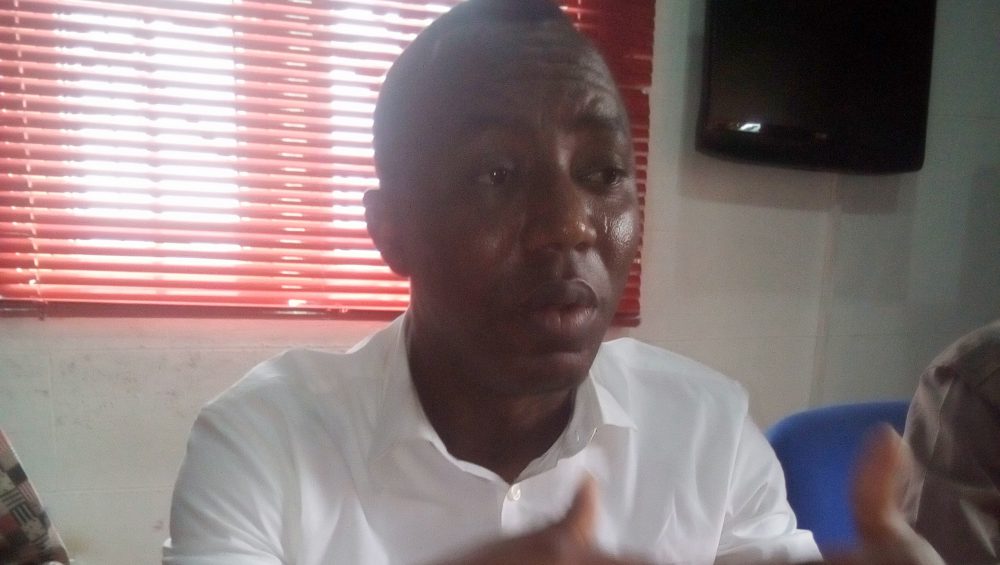 A presidential aspirant and Publisher of Sahara Reporters, Omoyele Sowore

A presidential aspirant and Publisher of Sahara Reporters, Omoyele Sowore, on Wednesday said his emergence into the race is already giving some fraudulent politicians sleepless nights.

Mr Sowore made this known to journalists in an interview shortly after he featured on a live programme on privately owned Rockcity F.M radio Station, in Abeokuta, Ogun State capital, enroute Ikenne for a town-hall meeting

”If I had ever allowed fear to determine who I am, I would never have become a students’ union activist. I would never have started Sahara Reporters which is dangerous. As I speak with you, all my accounts have been frozen. I am being attacked physically. I am sure they are planning more. The best way to prevent insecurity is to respect the image of a Nigerian citizen,” Mr Sowore said.

He said he was not bothered about such threats, stressing that he was not going back on the project.

”The only people government can trust are people they can control. Like Fela would say, take me to court and I will open books for you but my position is not to worry about security. I have never been secured in this country since I started in 1989 at the University of Lagos and nobody is safe as long as we continue like this.

He also spoke about his proposed programmes if elected.

”I have also mentioned that we are going to increase workers’ salaries and give them great pay. We want to purge ghost workers to about 21 per cent, we are going to fight corruption so hard that nobody will be happy to steal anymore, and I am not talking about the hypocritical fight where someone who ‘carried’ 5 billion dollars from Lagos to Ekiti to rig election is being shielded as a corrupt person whereas others who committed the same offense are being addressed as criminals because they joined the APC.”

He declared he was not ready to contest under the platforms of both All Progressives Congress, (APC), and the Peoples Democratic Party (PDP), describing the two parties as ”deceitful towards welfare of the citizens and nation building.”