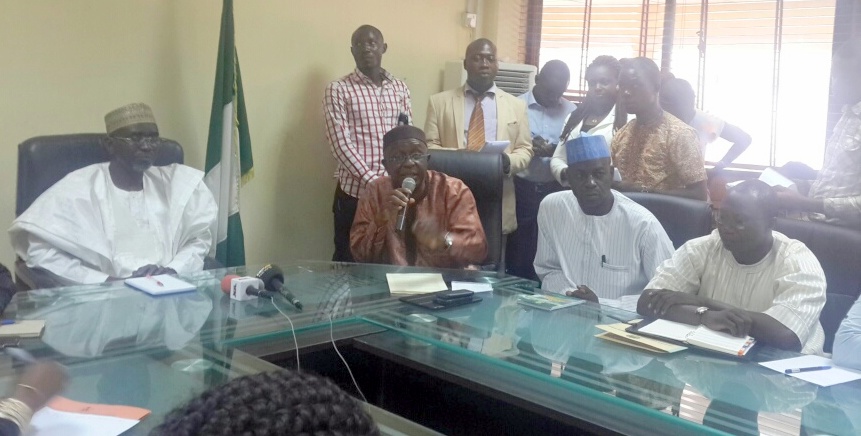 The Academic Staff Union of Polytechnics (ASUP) on Tuesday said it would meet with the Federal Government’s negotiation committee to review the progress on the 2017 Memorandum of Settlement (MoS) between the union and the government.

Usman Dutse, President of the Union, told the News Agency of Nigeria (NAN) in Lagos that the meeting would hold on Wednesday, April 25.

Mr Dutse said though the union was making progress with the agreement, it was not fully satisfied with what had been done so far, urging the government to be committed.

“We are making some progress; the arrears of promotion have been paid, and issues of some allowances are being worked out with modalities on how to pay. We are continuing with the negotiation to address some other issues with the government.

“We are meeting with the negotiation committee this week. We have given the government time to see how far and how committed they are with the issues. If we see that they are not forthcoming, at our next National Executive Council meeting, we will decide on the next action to take,” he said.

The ASUP president expressed worry that the major issues of dispute raised by the union had not been implemented, almost five months after the union suspended its strike.

He listed issues yet to be addressed to include road-map for the implementation of NEEDS Assessment, Polytechnic Act, CONTISS 15 Migration arrears, promotion arrears, and victimisation of officers of the union.

“Since then, nothing much; but the good thing is that we will be meeting with the negotiation committee on April 25. Our position is that we want the government to be up and doing; and to be committed to their own submission, to avoid any industrial dispute again,” he said.

On the promotion arrears, Mr Dutse said that while 15 institutions had received their arrears, 12 others are yet to be paid.

“Our lecturers are still sacked; they have not been reinstated. The government convened a meeting with the institutions and there are promises which have yet to be implemented.

“We signed a Memorandum of Settlement and Action, and a committee of rapid response was formed to work on that and pursue the implementation of the issue.

ASUP suspended its 15-day nationwide indefinite strike on November 29, 2017, after signing an agreement with the government on resolutions reached.

Some of the resolutions reached include consideration for implementation of NEEDS Assessment report to the Presidency for approval and release of withheld shortfall owed affected polytechnics before December 31, 2017.

Others include a revisit of the report of Ministerial Committee on Verification of CONTISS 15 (2015) arrears, and conclusion of exercise by January 31, 2018, among others.