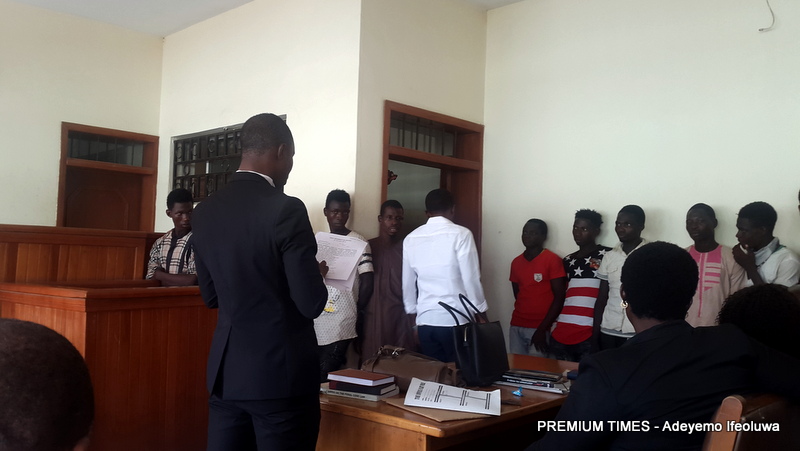 An Abuja Magistrate Court has granted 22 suspected members of the Islamic Movement of Nigeria (Shiites) bail on Thursday.

The Shiites were arrested by the Police on Monday and accused of criminal conspiracy, unlawful assembly, rioting, causing grievous hurt, amongst other charges.

The spokesperson of a human rights group, Concerned Nigerians, which protested alongside the IMN for the release of their leader, Ibrahim El-Zakzaky, was also arrested with the 22.

Among those arraigned before the judge, Yusuf Ubangari, were three minors. For those three, the judge granted a bail of N300,000 bond each to be signed by either the parents or guardians of the minors.

The spokesperson of Concerned Nigerians, Theophilus Agagda, was also granted bail of N300, 000 bond to be signed by a civil servant of not less than level eight in rank and resident within the jurisdiction of the court.

The remaining 19 were also granted bail of N300, 000 bond signed by one substantial surety ”who is to be a civil servant of not less than level eight in ranking and resident within the jurisdiction of the magistrate court”.

According to a spokesperson for the Islamic Movement of Nigeria, Abdullahi Musa, the police arrested three truckloads of Shiite members during Tuesday’s protest and ”drove a car loaded with arrested IMN members from the protest scene on Wednesday.”

It appears the police seek to prosecute the protesters in batches.

The group has been protesting the continued incaceration of their leader by the Federal Government despite a court order for his release.