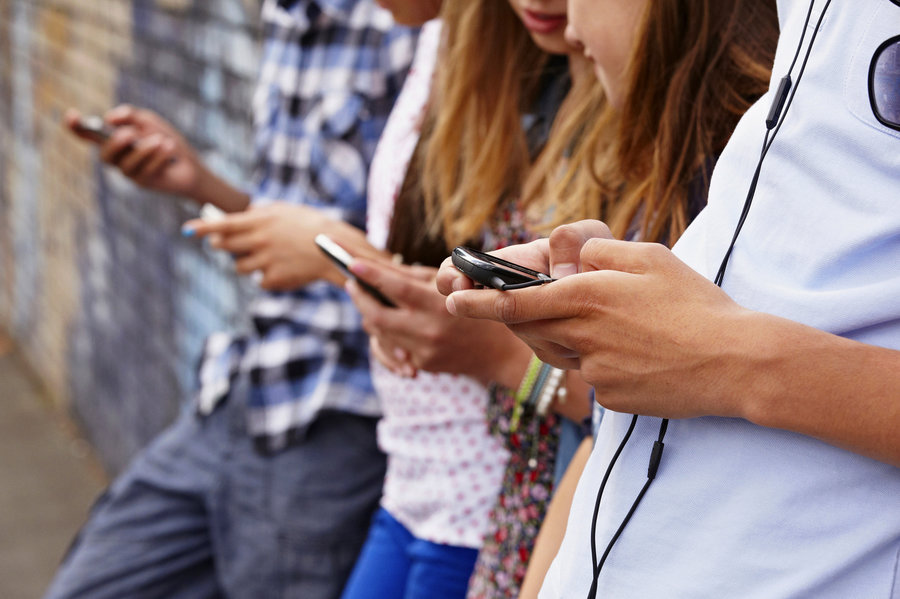 Liz Bobos, co-president of the Australian Capital Territory (ACT) Principals Association, said the trend is causing children to act like “device vampires” with disrupted sleep cycles that see them sleep through much of the school day.

“We tuck our children into bed, we read them a story, we say goodnight and we assume that eyes are shut —
but there’s no guarantee that happens,” Bobos told the Australian Broadcasting Corporation (ABC) on Friday.

She said that schools had reported an increase in referrals to psychologists but many youth mental health programmes did not treat children younger than 12.

Sarah Blunden, director of the Australian Centre for Education in Sleep, said that the blue light emitted by mobile devices delays the release of melatonin, the hormone that regulates sleep, disrupting the body’s
circadian rhythms, which regulate sleep cycles.

She said: “because our circadian clock does have a distance to run, because we go to sleep later, we are alert later.

“If you have a disrupted circadian clock, one that is delayed, but also one that is different day to day, you
are more likely to have an emotional lability, that is, a much more volatile emotional state.

“You’re more likely to be depressed or have waves of depression or anxiety.”

“Schools have a huge role to play in teaching children … about creating balance in their life.

“There are apps that parents can put on their own phone that don’t restrict children from accessing technology,
but allow parents to know what apps their children are accessing, so parents can have a conversation with their kids.

“There’s a real opportunity for parents to educate children there,” she said.
(Xinhua/NAN)