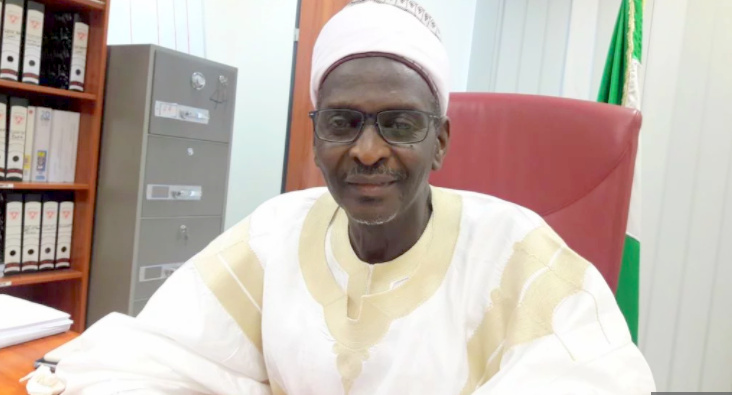 In a valedictory service held in his honour on Wednesday, the senators expressed grief at his demise. Most of them described Mr Bukar as a ‘gentleman.’

Deputy Senate President, Ike Ekweremadu, urged his colleagues to continue in the legacy of the late Mr Bukar.

“I’m happy to associate myself with Mustapha Bukar. This senate benefitted from his experience and exposure. When people die, the important thing is what they’ll be remembered for. We have so much to remember about Mustapha Bukar.

“We are going to miss him for those things we could remember. And what this means for us is to continue in the same direction of patriotism unity, peace of this country and creation of opportunities for Nigerians which he canvassed for.”

The Senate Minority Leader, Godswill Akpabio, spoke on the need for the senate to pray in order to prevent deaths.

“When I heard about his death, I felt this was one death too painful. As a matter of fact when we lost Senator Adeleke, Senator Wakili and then this, I felt it’s good for us to collectively pray that this should be the last in this chamber.

“He is a man who believes so much in service to humanity, to people and even when he was struggling with ill health, he still managed to come to the chambers to talk on issues relating to his people and Nigeria.”

Deputy Majority Leader, Bala Na’Allah (Kebbi-APC), wished the world is populated with people like the deceased.

“Speaking about the late senator Bukar Mustapha is as painful as having to remember that he will not be with us again. In our religion, there is a saying that thou shall not speak evil of the dead. What I’m trying to say is that if the world has been populated by the likes of late senator Bukar, there would not have been any need for that saying.

“Let me tell you one striking thing about senator Bukar. Anytime we have an issue here that I need to pass over to Bukar, I will ask him that I’m coming to your office, I am very worried about one or two things. He will tell me no, I will come to your office because you are a leader, and he will always come.”

Francis Alimikhena (Edo-APC) described Mr Bukar’s status as a gentleman, as something which started from the inauguration of the 8th senate.

“My first contact with him was when this senate was being inaugurated about three years ago. Both of us were sitting there. He came and told me he was just coming from Germany, that what is happening. I told him we were about to vote for presiding officers. He asked me who we are going to vote for and I told him, I wrote it down for him and since then we’ve been having good rapport.

“He’s a gentle man. Every time he’s always smiling. He’s always dressing majestically with a turban. He has never dressed as a casual person to this senate. May his good soul rest in peace.”

Abu Ibrahim (Katsina-APC) wants the senators to sustain the legacy of late Bukar.

“He’s a highly respected individual in his locality. He has contributed his own quota and now left us. This senate has already lost 3 colleagues, it shows us that this life is not permanent. So, we should do our best to work in the unity, stability and progress of Nigeria.”

In his eulogy, which came last, Senate President, Bukola Saraki, rued the loss of Mr Bukar.

He said the country has lost a technocrat and a man with good ideas.

“One thing really is that he’s a perfect gentleman. As you all said, though being a senator representing the president, you will never see where he carried himself as such. My own personal interaction with him in the senate here was always trying to find solutions to problems and he plays a lot of roles behind the scenes to do that.

“I was lucky to have met him long before then when he was in the Ministry of water resources and I was a banker then. What it showed was that he was a good technocrat, very sound, and you could see that in his contributions.

“As a country, we have lost a good technocrat. For us in the National Assembly, we have lost a man with a lot of good ideas who has helped not only his constituency but this great country. All we can do is to pray for him.”

The senators thereafter, observed a minute silence in honour of the deceased.

The senate also adopted the prayer that it revisits the resolution of the senate on immortalisation of senators for further legislative action.