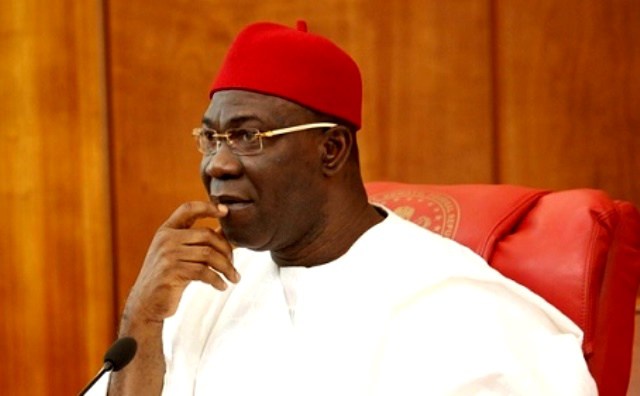 The House of Representatives on Thursday resolved to investigate the operations and legality of the Special Presidential investigation Panel (SPIP) to ensure that it is in tandem with the law.

The resolution came after a deliberation on a motion titled, “Motion of urgent public importance on the need to investigate the legality of the operations of the special presidential investigation panel for the recovery of public property.”

The motion comes a day after the Federal Government moved to freeze all hidden assets that were reportedly traced to the Deputy Senate President, Ike Ekweremadu.

This move was made via an ex-parte motion filed by legal practitioner, Festus Keyamo on behalf of the Special Presidential Investigation Panel for the Recovery of Public Property.

The motion marked FHC/ABJ/CS/284/2018, specifically applied for an interim court order “temporarily attaching/forfeiting the properties listed in Schedule B hereunder, to the Federal Government of Nigeria, pending the conclusion of further inquiry/investigation by the Special Presidential Investigation Panel for the Recovery of Public Property and/or possible arraignment of the Respondent”.

Kingsley O. Chinda (PDP, Rivers state), who sponsored the motion explained that following the activities of the SPIP, the Attorney-General of the Federation (AGF), Abubakar Malami, has received several complaints from the general public on the need to take an in-depth look at the law viz-a-viz the various anti corruption agencies that are now established, particularly the Code of Conduct Bureau (CCB) and the Code of Conduct Tribunal (CCT).

He stated that the Public Property (Special Provision) Act is a ‘spent law’ by virtue of the Code of Conduct Bureau and Tribunal Act and the functions specified by the Act to be performed through panels established by the President are now performed by the CCT which serves as a special court headed by a qualified Judge of a superior court of record in Nigeria to try the offences regarding the breach of approved conduct of public officers.

“Beside the Code of Conduct Act, being a newer law on the subject matter, has made specific provisions on the matter.

“It is a trite law that the court would construe a later act as repealing an earlier one if the two provisions cannot stand together or if they both make the same provisions dealing with a similar subject matter as established in Trade Bank Plc Vs. Lagos Island Local Govt.

“There cannot be two parallel agencies of government no matter the manner of operation undertaking the same functions in whatever guise or form.

“This more so where the functions are so similar that the public are meant to go through repeated processes and procedures which may infringe on their rights and give rise to series of litigation and the consequential loss of revenue both in overheads and the execution of awards in the damages.

“The Special Presidential Investigation Panel (SPIP) ought not to have been set up in view of the existence of such institutions as the EFCC, ICPC and especially the CCB and the CCT, both created by law and supported by the 1999 constitution”, he said.

Mr. Chinda further explained that the CCT is a special court whose Chairman is a qualified Judge of a superior court of record dealing with matters related to the subject whereas the Public Property (Special Provision) Act, ”gives jurisdiction to the Federal High Court under Section 2(2)b which is not only inconsistent with the Code of Conduct Bureau and Tribunal Act but inconsistent with section 251 of the Constitution of the Federal Republic of Nigeria which did not include the code of conduct matters under the jurisdiction of the Federal High Court Trade Bank plc Vs Lagos island Local Govt (2003)”.

He also expressed concern at “the consequential economic implication of setting up multiple agencies with its ravaging effect on the revenue of government.”

The House thereafter, unanimously resolved to investigate the activities of the SPIP.

How NNPC failed to remit $16.8 billion into Federation Account- NEITI