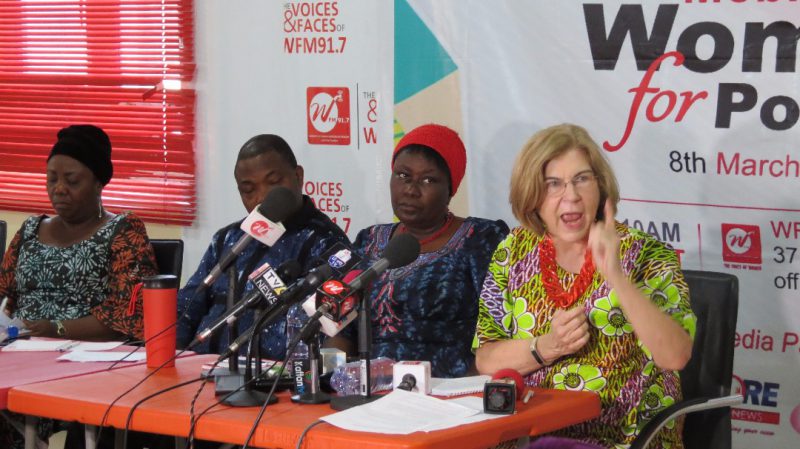 How to position Women for leadership and effective political participation dominated the discussion at the Media Women Forum workshop which took place at WFM 91.7 Women Radio, Arepo.

All the guest speakers and panel of discussants called on Nigerian women to be effectively involved and participate in politics.

Remi Sonaiya , ex KOWA party presidential election candidate, said some men feel that having Women in leadership positions will be achieved at their own expense, so that brings a certain degree of resistance.

She said women should rise above any form of discouragement and strive to make a difference.

“We recognize that first and foremost Women are not encouraged to run. More so, Women rights is human right,” she said.

“(Given) The 35% affirmative action for Women in Nigeria seems to be abandoned. The policy demands 35 percent involvement in all Governance process,” she said.

Ms Umoru lamented that Nigerian women are obviously marginalised in the democratisation process, saying that in spite of the fact that many women are literate, they still hold less than five percent of important decision making positions in the country.

Statistics show that women are grossly underrepresented in the legislative and executive arms of government across the country.

For instance, out of 109 senators only nine are women while at the House of Representatives 27 out of 360 members are women.

Remi Adikwu said that there is a clear lopsided membership of Legislatives in favour of men. She charged more women to become effectively involved in politics.

Victor Okhai, a member of the panel of discussion, asked women to push their cause by motivating, sensitising and creating adequate awareness for women to take leadership positions.

Media Women Forum was established to champion the cause of women, motivate them to be active agents of change in their communities and empower women live quality lives.

Media Women Forum is largely made up of female media executives who hold decision making positions and seasoned broadcasters.