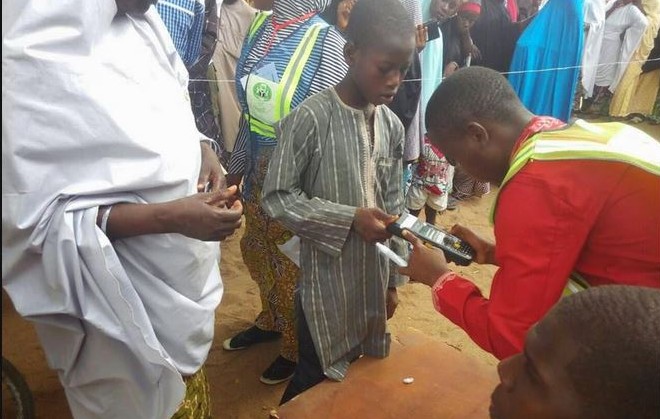 The House of Representatives has constituted a panel to probe reported registration of underage voters by the Independent National Electoral Commission (INEC) in Kano State.

The decision followed the adoption of a motion moved by Johnbull Shekarau (Plateau – APC).

Mr. Shekarau observed that the registration of underage voters, if left unchecked, will have adverse effects on the peaceful conduct, credibility of future elections and the legitimacy of elected leaders.

“The incident caused serious embarrassment to the nation and amounts to a threat to our growing democracy and a danger to the security of lives of officials posted to handle sensitive national issues such as registration of eligible voters,” he said.

He also observed that the Director of Publicity and Voter Education at INEC, Oluwole Osaze-Uzzi, while responding to questions on the Africa Independent Television (AIT) on the matter on February 15, said underage voters were registered upon threats to the lives of registration officers, a revelation the house unanimously condemned.

INEC set up a fact-finding committee on the issue following a public outcry that greeted videos and photos of underage voting.

The INEC fact-finding team, however, said it did not find any evidence of underage voting.

The chairman of the committee, Abubakar Nahuce, told journalists that from his team’s interaction with civil society organisations and media, showed no evidence of underage voting emerged.