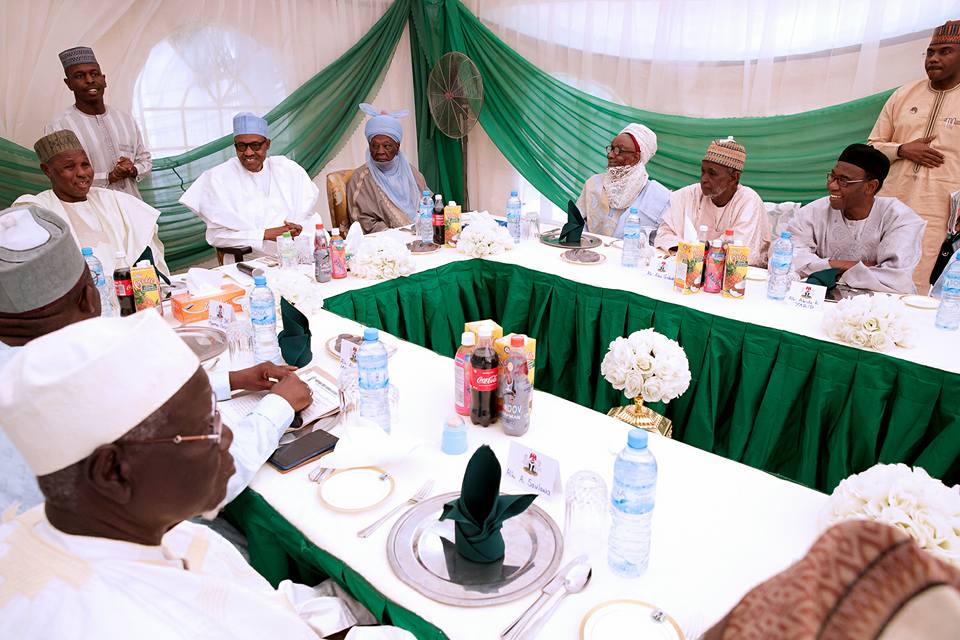 Buhari in series of meetings in Daura

President Muhammadu Buhari on Sunday met with members of Katsina Elders’ Forum at his private residence in Daura, Katsina State.

The News Agency of Nigeria (NAN) reports that Governor Aminu Masari of Katsina State, the Emir of Daura, Umar Faruk, and the Galadima of Katsina and former President of the Court of Appeal, Justice Mamman Nasir, were among those who attended the meeting.

The Emir was in Daura to condole with the president over the death of his two extended family members and also console him on the auto-accident involving the President’s son, Yusuf.

The president, who is on a five-day private visit to his country home in Daura, had earlier met with members of his extended family from within and outside the state.

The meeting was held behind closed-doors.