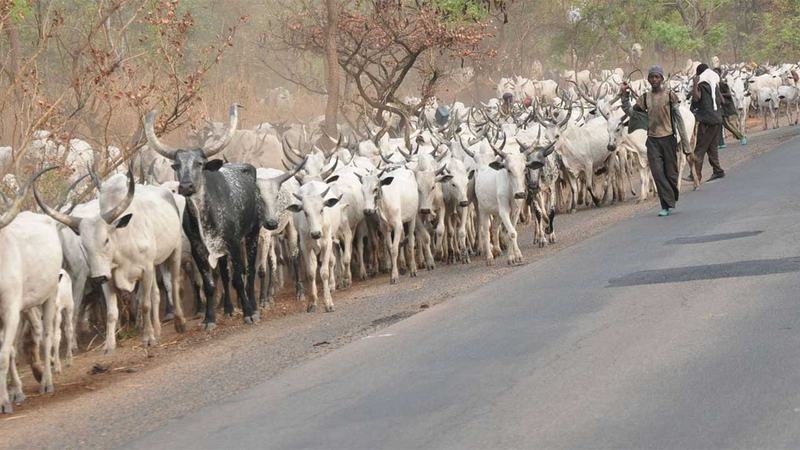 Herdsmen used to illustrate the story.

The Ogun State Police Command says a report of an attack by herdsmen along the Lagos-Ibadan Expressway is a “fake news by a faceless group of students.”

The report of the attack was followed by an anonymous security alert warning motorists and other travellers to avoid passing the route, as herdsmen were attacking and killing people.

‘The attention of Ogun State Police Command has been once again drawn to an alleged attack by herdsmen along Lagos/Ibadan expressway as well as an anonymous security alert letter written by a faceless student group urging students and members of the public not to travel along that route,” the police said in a statement.

Police spokesperson in the state, Abimbola Oyeyemi, said the the faceless group also posted a simulated voice recording on social media where some people were crying and pleading with their alleged attackers not to kill them.

“The Command wouldn’t have dignified the disgruntled elements with a response but in order to allay the fears of public, the true security situation along that axis has to be made known to all and sundry,” Mr. Oyeyemi added.

“To start with, there is no attack by herdsmen or any other group in all the stretch of Express Ways across and within Ogun State, we make bold to say that the alleged attack posted on social media is a lie from the pit of hell fire being peddled by those who are not happy with the peaceful atmosphere in Ogun State,” he said.

“The picture attached to the post is a picture of an accident which occurred about eight years ago exactly on the 31st of July 2010 to be precise; while the purported voice recording was a stage managed one,” Mr. Oyeyemi stressed.

“The Lagos/Ibadan express road is one of the busiest roads in Nigeria and the Command is not oblivious of that fact, for that reason, there has been massive deployment of Police operatives from FSARS, Anti-Kidnapping/cultist unit, PMF as well as conventional policemen on surveillance and monitoring operatives and patrols to ward off any act of criminal activities on that road.

“In as much as there is freedom of speech as guaranteed by the Constitution of Federal Republic of Nigeria, such freedom does not license anybody to be peddling dangerous rumours that can cause breach of public peace.

“In view of that, the command is investigating those behind the senseless rumour with the view of bringing them to justice as they can be best described as enemy of the state.

“We hereby enjoin the good and peace loving people of the state to discountenance the rumour and go about their lawful businesses without any fear of harassment or attack from anybody or group.

“Any suspicious movement or gathering should be reported to the Police and other sister security agencies as quickly as possible and quick and adequate response will be accorded such report,” the police said.