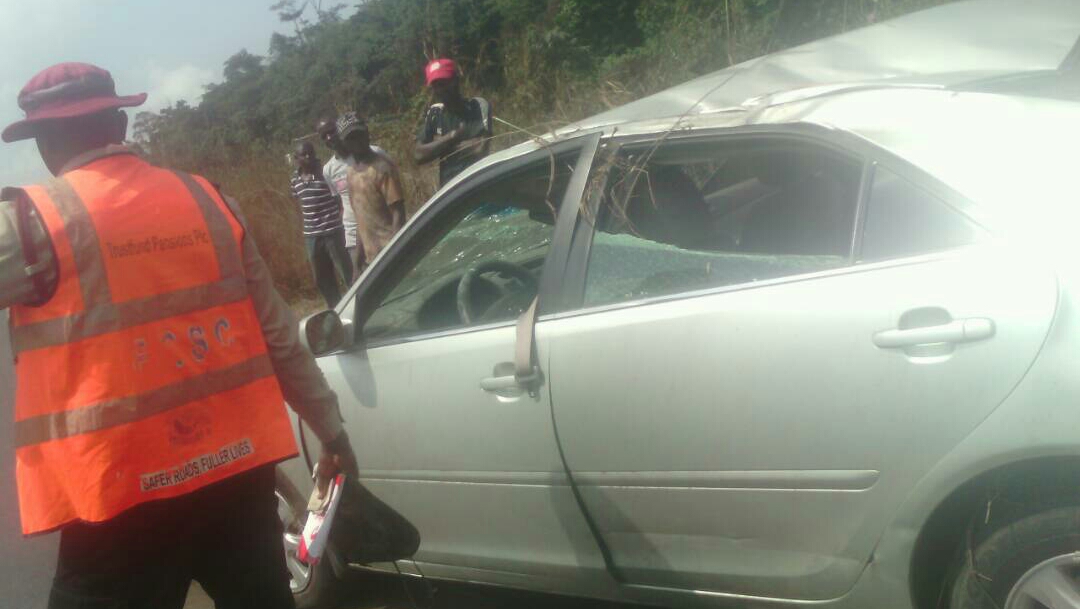 A suspected armed robber was on Monday involved in an accident while making away with the car he allegedly snatched from the owner.

The suspect had stolen the‎ ash coloured Toyota Camry with registration number KTU 765 DV‎, and was driving along Lagos-Ibadan Expressway when he had an accident.

The Ogun State Commander of Federal Road Safety Corps, FRSC, Clement Oladele, who confirmed the development said a motorist, who passed by the accident scene reported to some officials of the corps who were stationed nearby.

”A motorist, who stopped by the FRSC team had reported a crash at Ramona Trailer park Ogere and the team quickly moved to the scene”, he said.

”On getting to the scene, the FRSC patrol team were able to ‘secure’ the driver, who was the only occupant of the vehicle”, the commander added.

”The FRSC team subsequently contacted MTD Iperu for a tow vehicle to remove the vehicle but while interrogating the driver the FRSC team noticed an inconsistency in his statement which became reasonable to suspect foul play.”

The commander said the team leader quickly put a call to the number found on a Union Bank teller in the car, a move the driver resisted.

Mr. Oladele said the official’s call was answered by a lady, who claimed to be a naval officer and who confirmed that the car belonged to her.

He said an identity card also found in the car corresponded with the name given by the lady on the phone, who also said the car was snatched from her.

The victim said she had already reported the case to Shogunle Police Station in Lagos.

Mr. Oladele said the recovered vehicle and the suspect have been handed over to the police officers at the Iperu Police Station.