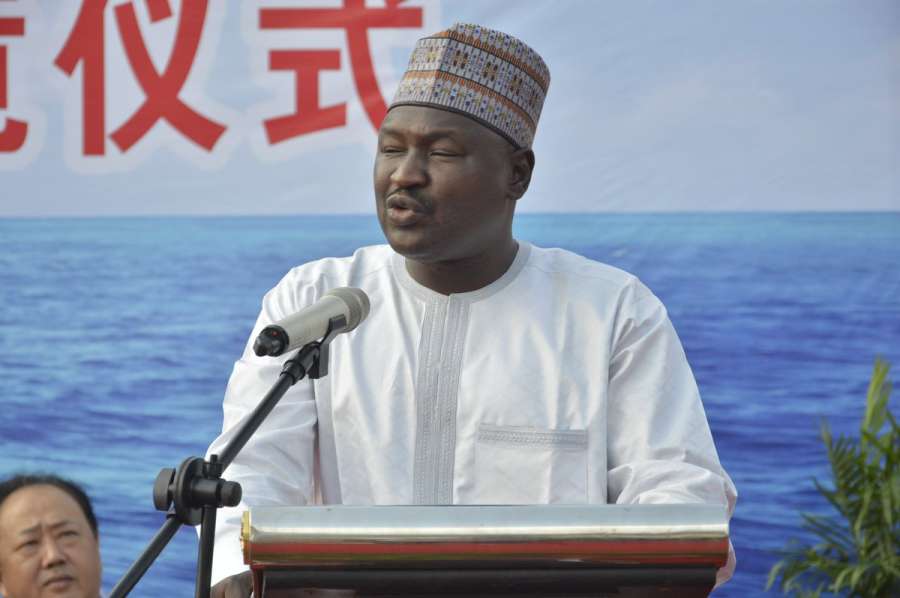 I am being persecuted for saying the truth – Senator Misau

The senator representing Bauchi Central Senatorial zone, Isah Misau, on Tuesday said he is being persecuted by the authorities for revealing corrupt acts done by the Inspector General of Police, IGP, Ibrahim Idris.

He said while he is ready to appear in court to defend himself against allegations preferred against him by the Attorney General of the Federation, AGF, the government would do well to probe the IGP and the police force too.

Mr. Misau, who said this via a statement issued on his behalf by his lawyer, Godwin Obla, said he was not afraid of the two sets of criminal charges the government preferred against him before the Federal High Court in Abuja and the High Court of the Federal Capital Territory by the AGF.

A judge, Ishaq Bello, had turned down an application by prosecutors for him to issue an arrest warrant on the senator, instead, he asked them to serve him in a civil manner.

The statement said the senator had already approached the court to obtain a copy of the charges but couldn’t get one.

Part of the statement reads, “The morning of 17th of October, 2017, however, resolved every unlikely doubt that could have inured in favour of the prosecution in this saga.

”The Distinguished Senator, in line with our counsel, visited the registry of the High Court of the Federal Capital Territory, Abuja and magnanimously undertook to receive service of the copy of the charge, even though, the prosecution ought to bear that burden, but was shocked to the marrow that no one copy was left in the file of the court for service on the accused person, corroborating thereby our earlier assertion of a strategic step at another Gestapo operation in the offing.

“Except for interests other than the ends of justice underlying the pending charge against Senator Hamma Misau, we hereby call on the prosecution to play its prosecutorial cards face up, as we shall gladly love to meet them in court to articulate our robust defence against the obviously spurious allegations against the distinguished senator.

“As if the palpable odium of initiating a vacuous criminal charge against a whistle-blower, no less a person than a distinguished senator of the Federal Republic of Nigeria was not bad enough, the prosecuting authority, obviously urged on by the Inspector General of Police, threw pretension to adherence to democratic tenets of the rule of law when it sought from the court, albeit most illegally, to obtain summons against Senator Misau, while deliberately withholding service of the copy of the charge on the Senator, an obvious stratagem conceived to frame up all manner of false allegations tailored to suit the obvious purpose of yet another Gestapo strategy to use state powers to swoop on the Distinguished Senator and keep him out of circulation.”

Mr. Misau had stirred the hornets’ nest when he accused the police boss of not only diverting money meant for the purchase of Armoured Personnel Carriers, Sports Utility Vehicles and other exotic cars but also receiving bribe to promote officers including filling the force with personnel of his Nupe ethnic tribe. He alleged police officers paid as much as N2.5 million to get special promotions and postings.

He also alleged that the police failed to account for the huge billions generated from providing security for private firms and privileged individuals.

The IGP had parried the allegations and went on to accuse the senator, a former police officer, of deserting the force.

The Police Service Commission, however, in a statement shortly after the altercation said the lawmaker left the force formally.

The judge, Mr. Bello, had adjourned the matter till Thursday to take the plea of the defendant in respect of five-count charge FG entered against him before the court.

The AGF via the charge sheet marked FCT/HC/CR/345/2017 said the lawmaker made “injurious falsehood,” against the IGP. He maintained that the lawmaker, by his action, committed offences contrary to Section 393(1) of the Penal Code.