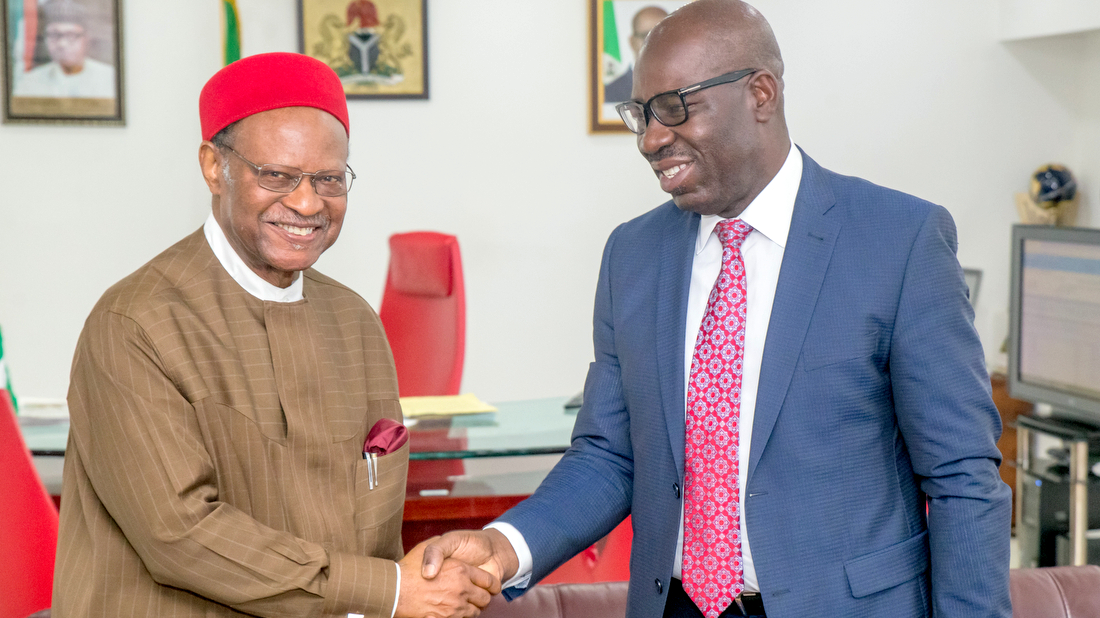 Why Nigeria should be restructured – Anyaoku

A former Secretary General of the Commonwealth, Emeka Anyaoku, has said that Nigeria will fare better if the ongoing call to restructure the country into regions is adhered to.

He said that Nigeria’s economy was more viable and rate of development faster when it operated a regional system of government.

He described Mr. Obaseki as a visionary governor, saying Edo State ”is fortunate to have him.”

Responding, Mr. Obaseki said that given the cost of governance at the centre, restructuring is inevitable if Nigeria must make progress as a country.

He extolled the leadership quality of Mr. Anyaoku, adding that the former scribe of the Commonwealth stands for good governance and part of the generation that did the nation proud while in office.

“He is an international personality who stands for good governance and diplomatic skills,” Mr. Obaseki said.