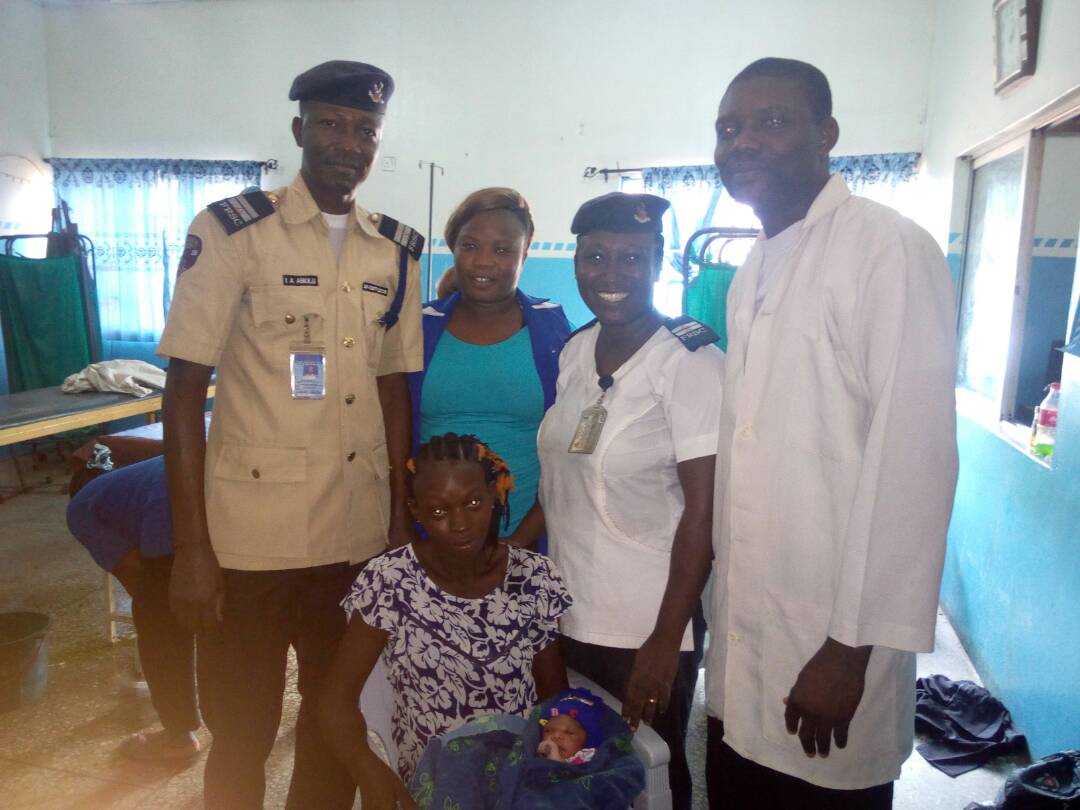 The Command’s Public Education Officer,Florence Okpe , who confirmed to PREMIUM TIMES, said the pregnant woman was among passengers on a commercial bus when she went into labour.

‎She said the driver of the vehicle with registration number XF 365 MKD drove into the command’s premises to inform the authority about the development.

Ms. Okpe further explained that a ‎team at the Sagamu Accident and Emergency Clinic immediately examined the expectant mother.

She said since the clinic was not equipped to take delivery, the ambulance was prepared to transport her to the nearest hospital.

“Within this process the pregnant woman gave birth to a baby girl at about 1215hrs inside the Command’s Clinic,” Ms. Okpe disclosed.

She said a medical examination by the medical doctor confirmed the baby and mother to be in good condition, adding that the families of the new mother have been contacted.