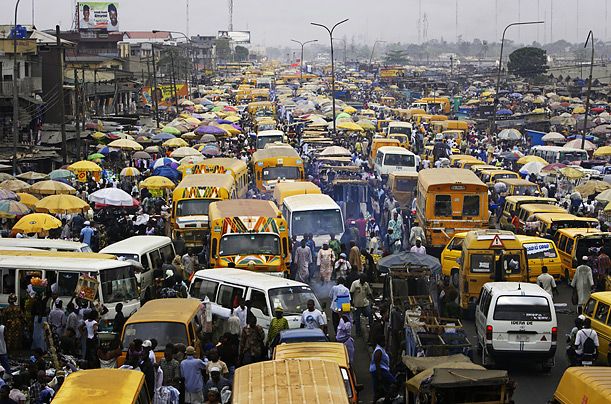 The Minister of Power, Works and Housing, Babatunde Fashola, has called on importers to utilise Warri and Calabar sea ports to decongest the current traffic challenge in Lagos.

Mr. Fashola, who made the call on Tuesday in Abuja while addressing journalists, blamed the traffic challenge on the ongoing rehabilitation work on Apapa-Wharf road on congestion.

He said the reduction of cargo movement through Lagos sea port would reduce traffic on the ever busy Apapa-Wharf road, being rehabilitated.

“What we can do also is to perhaps, for now, move our cargo to other ports if the content is not to be delivered to Lagos.

“If the content is to be delivered to the east, the Warri and Calabar ports are there, so, we have all of this access, let us also be very flexible about using them.

“Our appeal to importers is to also bear in mind that we are constructing a built up area, therefore, their flexibility will help us improve service delivery,” he said.

Mr. Fashola said the ministry was aware of the challenges faced by motorists as a result of the ongoing project but called for patience.

“Recently, we heard the licensed custom agents complaining about the same road, we hear you loud and clear, we have started work, so bear with us.

“The construction will cause some discomfort but at the end of the day, if we succeed with what we are doing now and what we plan to do, you will have a better experience this time next year,” he added.

The minister said the federal government was making plans to raise N100 billion from Sukuk fund to finance some road projects in Nigeria.

He said 25 road projects across the six geopolitical zone of the country would be executed with the fund.

According to him, this is the first ever Sukuk that the federal government is issuing.

He said the targeted fund would not cover all the roads in the country but noted the 25 roads to be executed with the fund were integral parts of A1 to A4 projects.

“A1 is the Lagos to Sokoto highway, A2 is Warri to Katsina, A3 is Port Harcourt to Portiskum in Yobe while A4 is Calabar to Maiduguri.

“One thing is that all these roads are in common, they originate from a point and end at the boundary, so the 25 roads are part of the main four highways,” Mr. Fashola said.

Buhari felicitates with Ayo Fasanmi at 92