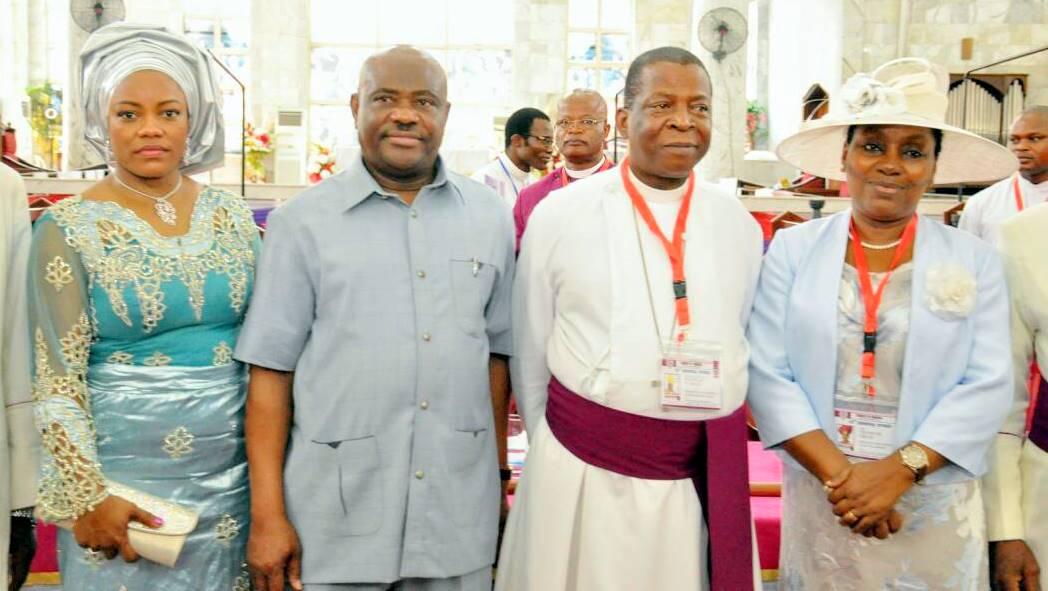 Rivers State Governor, Nyesom Wike, on Wednesday called on the Church to speak up against the federal government’s “illegal and corrupt” actions.

He said this was necessary to stem the drift of the Nigeria into “unprecedented crisis”.

Mr. Wike made the call in a keynote address at the 12th General Synod of the Church of Nigeria, Anglican Communion, at Saint Paul’s Cathedral in Port Harcourt.

Mr. Wike said: “As long as the state of affairs in Nigeria does not conform to the ideas of justice, democracy, the rule of law and the moral injunctions of God, and as long as there remains no clear hope that things are going to change for the good of the country, we need as many voices that can speak truth to power and the Church of God cannot afford to keep quiet, while things go wrong and the nation continues to drift dangerously towards the cliff of crisis.”

According to a statement by his spokesperson, Simeon Nwakaudu, the governor said the fight against corruption has been politicised and skewed to oppress opponents of the Federal Government.

“People say power of any kind corrupts, but political power can be more vicious if exercised unchecked and in disregard of democratic norms.

“While we all support the Federal Government’s much-vaunted, but pretentious fight against corruption, it is patently wrong to fight corruption with corruption and double-speak or by side-stepping the rule of law, disobeying court orders and blackmailing the judiciary to submission.”

He urged the Church to be active moral guardians of political powers in order to reassert its influence as a critical voice for justice.

“How can the Federal Government justify the situation where former public office holders from the Peoples Democratic Party are continuously harassed, hunted and hounded with corruption charges by the Economic and Financial Crimes Commission, while at the same time sparing those other members who defected to the All Peoples Congress of similar investigations and treatment, except the pure vendetta against His Excellency, Dr. Bukola Saraki for daring to contest the office of the Senate Presidency against the wish of the cabals in his party?

“What has become of the case of those who were arrested for printing fake ballot papers with INEC’s authentic serial numbers to be used to rig the December 2016 legislative re-run elections?

“Have we not been vindicated by the recent judgments of the election tribunals, which strangely but questionably accepted and based their judgments on the fake results presented to them from the custody of the Nigerian Police, which actively and shamelessly participated in the rigging process?”.

The governor said his government had taken steps to reposition the state after the preceding administration allegedly mismanaged its funds.

He said: “In the first instance, the outgoing government never gave us a chance to succeed and sabotaged us from the very beginning. Apart from refusing to cooperate with our transition team, we were startled by the state of things we inherited.

“First, they emptied the state’s treasury to such an extent that we had no other choice than to scurry for funds from banks to pay salaries, run initial activities and prevent the government from failing before we even started.

“And when we did that with authorization from the State House of Assembly, they screamed blue murder just to score unavailable political points”.