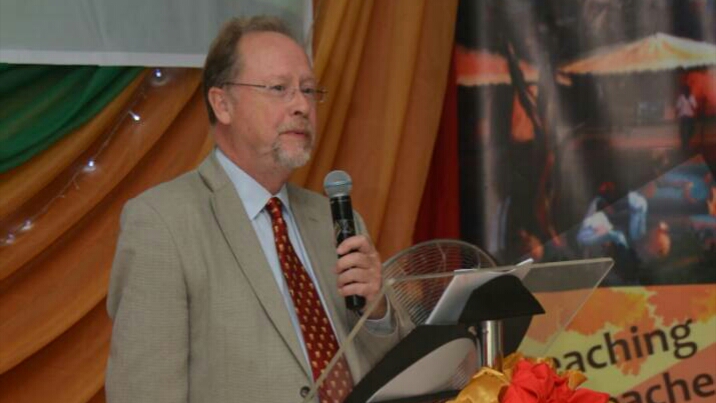 Furniss, an emeritus professor at School of Oriental and African Studies, University of London, classified documentation, description, preservation and changes in technology as the key problems of Hausa literature.

He was speaking on Monday at the 11th Conference on Literature in Northern Nigeria, held at the headquarters of National Open University of Nigeria, NOUN, in Abuja.

The two-day event was hosted by NOUN in partnership with Bayero University, Kano, and Kwara State University, Malete.

Mr. Funnis, a Brition who spent about five decades studying Hausa literature,taught the language at several universities in Northern Nigeria, particularly Abdullahi Bayero College, which was later renamed Bayero University Kano, and University of Maiduguri before retiring back to United Kingdom.

In the paper he delivered, titled: ‘Reflection on diversity and the task of literary and cultural studies,” Mr. Furniss said: “while there is an increasing amount of materials translated into Hausa, there is very little material translated out of Hausa, whether into English, French, or indeed into Yoruba, Igbo or any other language.

“A major task is to develop a body of the best writing translated out of Hausa. Such a body would make Hausa cultural production accessible on the international and national stage.

“Perhaps the greatest task facing the academic community in Hausa studies is the one of archiving and preservation, in addition to the problems of maintaining manuscripts and paper materials and making sure they are collected safely.”

The emeritus professor, who speaks Hausa fluently, concluded his speech by warning: “After a forty year career in Hausa literary and cultural studies, the task of description, analysis, preservation and presentation remains pressing.”

In his welcome address, the Vice-Chancellor of NOUN, Abdalla Adamu, explained the uniqueness of literature in Northern Nigeria, tracing it back to the 11th century.

“As the first region to be Islamized, the region acquired Islamic and Arabic literacy that entrenched a learning mindset through an extensive network of Qur’anic schools for all.

Mr. Adamu noted that Christian missionaries became the first to “appreciate the literary heritage of the Muslim people of the north.

“This was demonstrated in the way they translated Bible and other Christian pamphlets into Ajami, the Arabic script domesticated by the Muslim Hausa since 14th century.”

Earlier, the Special Guest of Honour, Sarkin Zazzzau Suleja, Awwal Ibrahim, lamented the erosion of traditional libraries in many schools and their replacement with e-libraries in the minds of the youth.

He said the misuse of intellectual technology has contributed to poor and deteriorating reading culture.