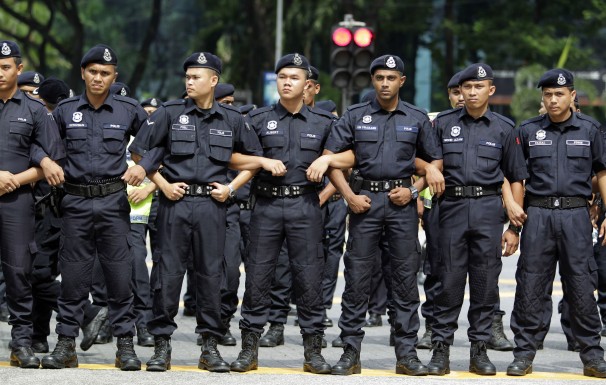 A Nigerian student has been arrested by Malaysian security operatives after illicit drugs were discovered in his home during a raid.

The police also picked up seven other Nigerian men and one Ugandan woman, aged between 25 and 42, for drug related offences in Petaling Jaya and Sungai Besi areas of the nation.

The Malaysian Special Tactical Intelligence Narcotics Group according to a report published by the Malaysian National News Agency, BERNAMA, said the operatives cracked ‘a Nigerian drug trafficking syndicate,’ after a raid was conducted on Monday.

A statement by the deputy director of the Narcotic Department, Datuk Chiang, said the Nigerian, 36, a Business Studies student in a private college was arrested following a tip-off by the Drug Enforcement Administration, DEA of the United States.

“In the raid, police found about 24.5kg of what is believed to be ‘ganja’ in two bags with the estimated value of RM100, 000 (Malaysian Ringgit),’’ Mr. Chiang said in a press conference on Thursday.

“Initial investigation revealed that the syndicate had been active over the past six months and had obtained the supply from a neighbouring country.”

He said all the suspects were tested negative for drugs.

Some Nigerians have been sentenced to death by Malaysian authorities in drug related verdicts in recent years despite feeble attempts by the Nigerian government to mediate.

Ekiti 2018: Police to crack down on ‘troublesome’ politicians