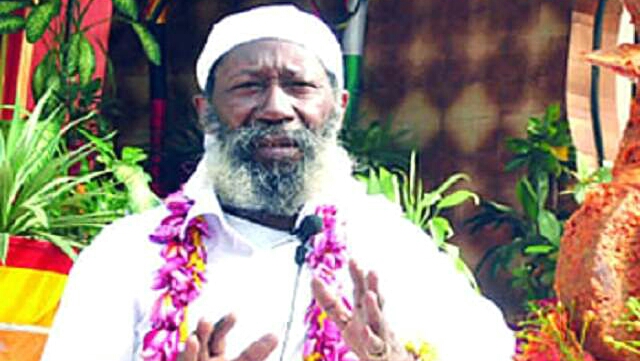 Satguru Maharaj Ji, the founder of the One Love Family, says he can heal ailing President Muhammadu Buhari if the president so wishes.

The sect leader also claimed to have treated the former head of state, Ibrahim Babangida, of an undisclosed ailment while in office.

Maharaj Ji made the claims when he spoke at the Nigerian Union of Journalists Secretariat, in Lagos on Wednesday.

While addressing a cross section of the media on the state of the nation at the occasion, Mahara Ji assured Nigerians that the challenges confronting the nation would soon be over.

“I do not believe in sickness. The president of Nigeria is great and he should remain so. And that is why if he comes to me for healing, I will heal him. I have done it for several public office holders. I remember that I treated Ibrahim Badamosi Babangida, IBB, when he was afflicted by an ailment in his leg. I cured him. But he later denied me. That was why the ailment returned.”

He added, “Remember the last time he was going out of the country for medical attention, I was the only one who said he would come back safe. What I’m saying is that let’s harness our power here to save ourselves. You cannot sit down and be saying Maharaji ji is not a Muslim or Christian. Is God a Muslim? So, if he can come to me, I’ll heal him.”

The sect leader also spoke about the importance of President Buhari being present in the country.

“It will douse agitation of Nigerians and help address issues challenging the country. Since he left, the acting President, Yemi Osinbajo, has been acting on his behalf very well, he has shown enough competence. And I believe he has defied Nigerians’ prediction that he will be a figurehead. I believe he knows what he is doing.”

The spiritual leader described the ongoing strike by university lecturers as a decision that could cripple the country’s economy.

Maharaj ji, who said the APC would rule Nigeria beyond 2019 in spite of the acrimony in the party, added, “They (lecturers) should opt for dialogue with the government and I am sure, Buhari led administration will cooperate with them because it is in-line with his government policy of change.

“Looking at the ASUU strike, I believe it is a manipulation by the European witches to set the country backward again.”

President Buhari has been in the UK to treat an undisclosed ailment for over 100 days.

The group has a centre (ashram), “Satguru Maharaj Ji Village” on a stretch of the Ibadan-Lagos Expressway, near Ibadan.

Its followers are vegetarians and wear badges as signs of their commitment.