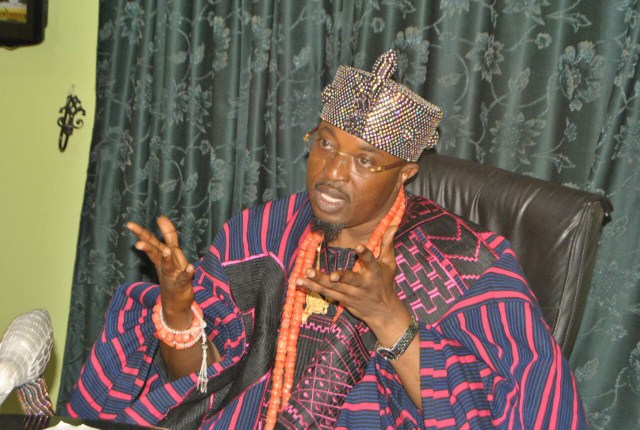 The Oluwo of Iwo kingdom, Osun State, AbdulRasheed Akanbi, has criticised protesters calling on ailing President Muhammadu Buhari to either return to work or resign from his position.

In an interview with PREMIUM TIMES on Thursday morning, the monarch described the protesters as people who do not wish the country well.

“Why will they not know that what the President needs at this time are prayers and support?” Oba Akanbi said. “What has the president done wrong? Is he not a human being like the rest of us? How is being sick an offence for which a man must be disparaged and punished.”

“If these protesters mean well for this country, they should hit the streets to protest against those who have looted or still looting our resources. They should protest against cultism and pressure government to outlaw secret societies.If they do that, I will take them seriously.”

“Buhari is not the first president to become sick while in office. Former American President, Dwight D. Eisenhower, while in office, suffered not only a heart attack in 1955, but had an abdominal operation in 1956 and a stroke in 1957. Woodrow Wilson, who governed America from 1913 to 1921 and saw the country through World War I, had a near-fatal stroke while in office. Wilson collapsed in Colorado in 1919, and upon returning to Washington D.C., suffered a stroke.

“Franklin D. Roosevelt had polio and was on wheelchair at the time of his presidency. He died three months into his fourth term, in April 1945.

“In all of these cases, Americans did not ridicule their ailing presidents. They supported and prayed for them.”

Oba Akanbi said as part of his support for the President, and Governor Rauf Aregbesola of Osun State, he would on August 24 lead the people of his domain to a special prayer session for the two leaders.

The monarch said the prayer session is necessary at this time in Nigeria to seek God’s help for the quick recovery of the President, and for the good governance of both Nigeria and Osun State.

The monarch said buses would be provided to convey interested individuals from all parts of the state to the palace for the prayer.