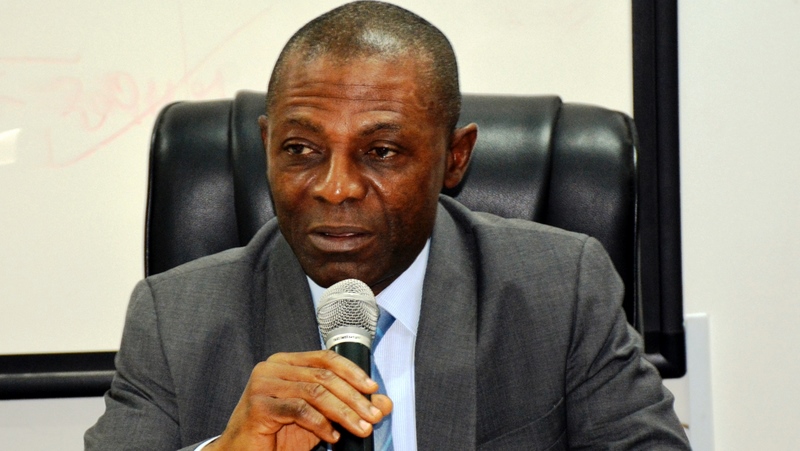 We’re yet to audit TSA – Auditor-General

The Auditor-General of the Federation, Anthony Ayene, said his office is yet to audit the Treasury Single Account, TSA, two years after its commencement.

Mr. Ayene made this known in Abuja on Wednesday during an interactive session with the House of Representatives’ Adhoc Committee set up to ascertain the status of TSA.

He also said that his office could not carry out the audit because it was an ongoing policy.

“We are yet to do an audit of the TSA directly. ‘’What we have been doing is audit of the Consolidated Revenue Account of the Federation which is done in every 12 months.

“When I came in and discovered that, I discussed with my directors that we should be able to do an audit of TSA for transparency and accountability.

“So about three weeks ago, I asked the performance team to carry out a performance audit of TSA,” he said.

When a member of the committee, Aliyu Magaji Da’u (APC, Jigawa), demanded the auditor’s-general opinion on the lack of audit of TSA, he said, “I think there is an omission.

“It can’t be said to be negligence because TSA is still an ongoing programme. I think it is not right that we are yet to audit TSA.”

He further said that it would take a maximum of six months for the performance audit to be completed.

The Chairman of the Adhoc Committee, Abubakar Nuhu (Kano-APC) ruled that the auditor-general should submit the report of the audited TSA account to the committee in November.

Also, a representative of the Accountant- General of the Federation, Alexander Adeyemi, told the lawmakers that the office got a presidential directive to use the TSA fund for treasury bill investment.

Asked if all the funds that should accrue to the consolidated revenue account were channelled through TSA, Mr. Adeyemi said, “On daily basis, we discover that funds are supposed to go into TSA, but they don’t.

“But we do our best to ensure that such funds go into TSA.”

Mr. Adeyemi said that TSA was not affecting the commercial banks, but instead, making them to concentrate on their traditional roles.

He said, “The policy does not in any way affect the banks negatively, rather, it makes banks to concentrate on their traditional roles.”

The committee directed the Accountant-General’s office to submit documents on the interest generated through the treasury bill investment as well as details of the foreign component of TSA within 14 days.