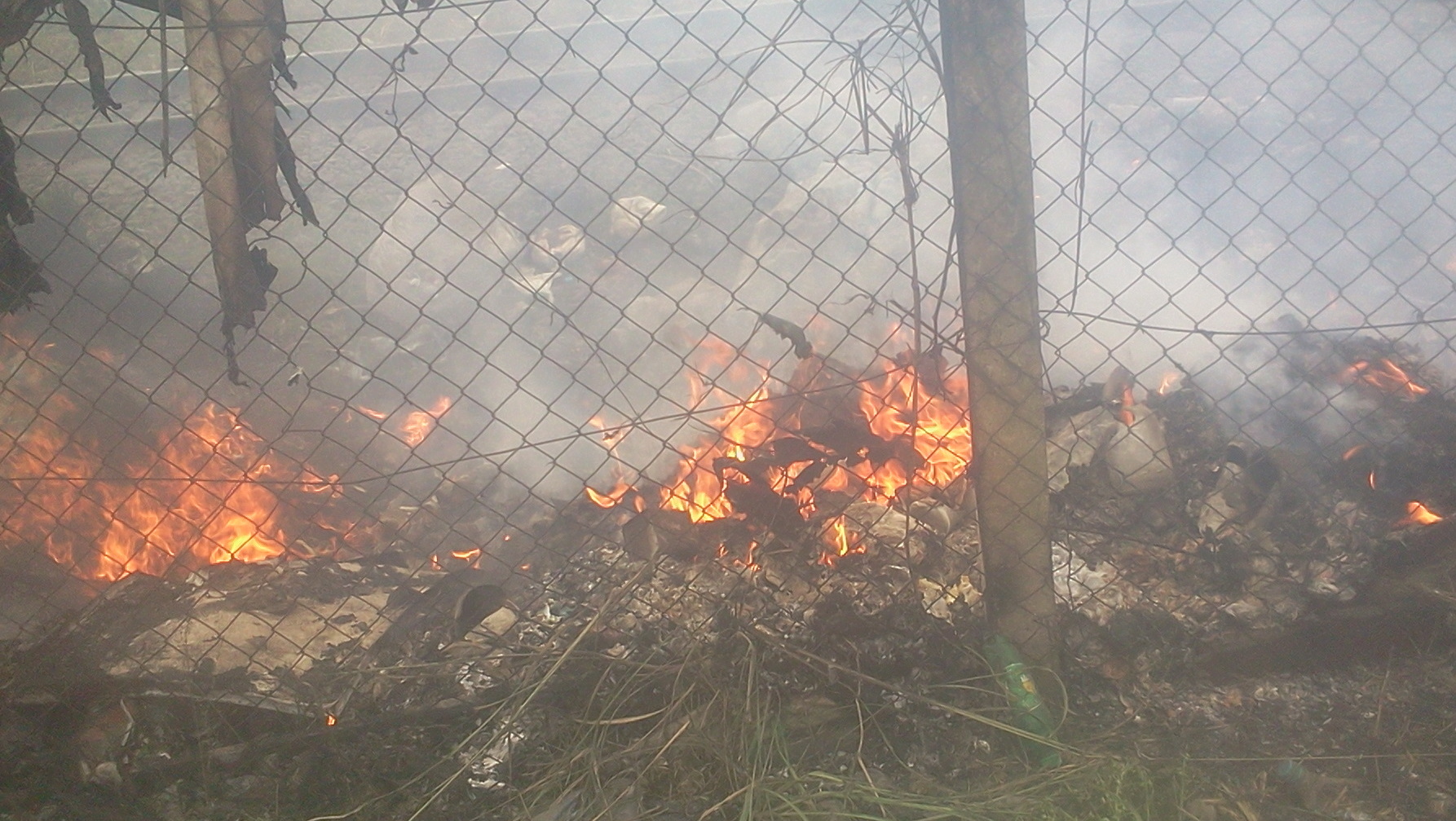 There was pandemonium at the Ile Zik area Oshodi-Ikeja road Thursday as an irate mob set ablaze a hideout, including clothes and other personal items, allegedly used by kidnappers.

Witnesses told PREMIUM TIMES that the hideout was a “cage” covered with clothes and used by a “mad man.”

“About three days ago we discovered that there is a cage and we went there, beside the CCTV camera, a man who has been taken away now by the police lives there and we used to think he is a mad man,” Prince Adeyanju, a resident, said.

“Some items discovered include ladies underwear and lots more, we later saw that he is normal, many human items were found there.”

A PREMIUM TIMES correspondent at the scene reports that shoes, clothes, underwears were found at the scene of the incident.

After officers of the police Rapid Response Squad arrived, four persons, including the main suspect, were arrested.

Residents and motorists said the spot had been a no-go area for them over the years.

“This particular area and location has been a scary one at night for us, anytime you are stuck here at night, there is high probability of you being robbed and even the policemen are aware,” a resident who did not want to be named said.

Another resident said, “I have been staying around this area for 10 years and really no one knows that this kind of thing occurs here in this magnitude that we have found clothes, shoes and the likes here.

“I have personally complained to the police about this spot in terms of robbery and this street especially with its danger tendencies at night.”

A resident, who identified himself simply as Lekan, said he and other youth had to rescue a boy from that spot in the past.

“He was being dragged away by some yet to be identified persons and when I sighted this I had to alert some other youths, when they(those dragging the boy) saw that we got them already, they left the boy alone and ran away, we have been complaining of this area for a while,” he said.

The police spokesperson, Olarinde Famous-Cole, did not respond to phone calls. But an RRS official, who preferred not to be named because he was not authorised to speak to journalists, said a dead body was also recovered near the hideout,

“We are still investigating already and our men have been drafted here,” he added.