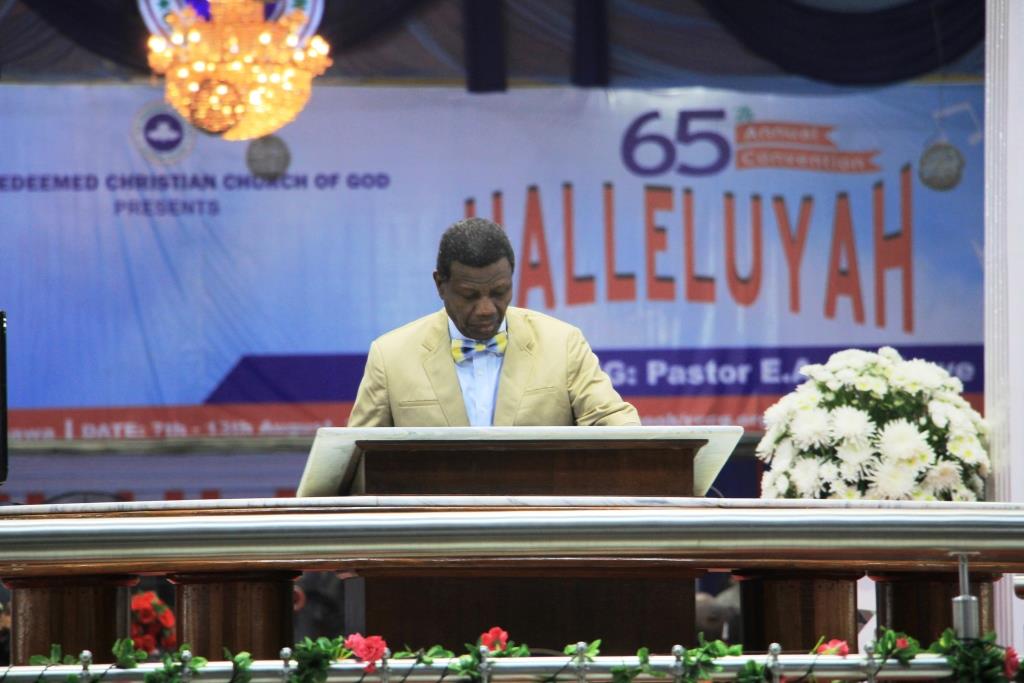 Photographs from both events are courtesy Komolafe Segun, MD of SKenhanced images.

The Redeemed Christian Church of God, RCCG, on Tuesday ordained 2,236 Assistant Pastors of the church at its 65th Annual Convention holding in Lagos.

On Monday, 8,230 deacons and deaconesses were ordained. They were so many that the General Overseer of the church, Enoch Adeboye, had to call them to the altar in batches for the ordination. But that is not surprising of a church that has tens of thousands of members in Nigeria; and has branches in most Lagos streets.

From 40 parishes, including the headquarters parish, in 1981, RCCG has spread to over 195 countries, with over 32,000 parishes in Nigeria alone.

There are at least 732 branches in the UK and Ireland. The church is still rapidly expanding, utilizing evangelism as a core tool.

On Tuesday, ministrations by Mr. Adeboye and others at a welcome service from 8 a.m. were preceded by the ordination of assistant pastors in the morning, and meeting and group seminars. Lunch and dinner at the Redemption Camp will be served free to the thousands of people who had already gathered there for the Convention.

The ordination ceremony was simple. After the opening remarks and prayers, the candidates for the various positions were officially presented by the National Overseer of the Mission, J. Obayemi to Mr. Adeboye, who prayed his usual way of kneeling at the pulpit, then welcomed and congratulated them. Thereafter he invited them to the altar where they were prayed for and hands laid on them by elders and leaders of the church.

After the formal ordination of assistant pastors, Joel Olaiya, in a message titled ‘The God of all Flesh,’ charged them not to disappoint God but be led by His spirit always. He warned that those who choose to operate with other spirits would be rejected by God.

On Monday, a pastor, Charles Achonwa, who started with message by playing guitar in a solo, said God would raise from among the deacons and deaconesses “spiritual General,” reminding them that God had called them to warfare.