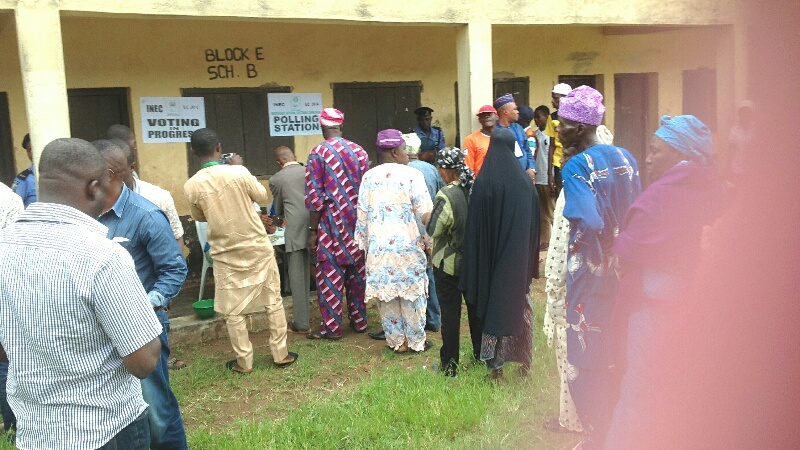 Accreditation and voting are ongoing

The Chairman of the Independent National Electoral Commission, INEC, Mahmood Yakubu, said one of the major challenges of the commission was failure of political parties to properly conduct primary election.

Mr. Yakubu made this known at the second annual conference of Inter-Party Advisory Council, IPAC, on “Internal Party Democracy: A Recipe to a Sustainable Democracy in Nigeria’’ on Tuesday in Abuja.

He said that 80 elections were nullified by the courts after the 2015 general elections, while 37 others were also nullified with order on INEC to issue certificates of return to the petitioners.

Mr. Yakubu said that the commission had studied the various judgments and discovered that most of the elections were upturned due to the failure of political parties to conduct proper primaries or follow the outcome.

He said that though INEC had no power to reject any candidate presented to it by a political party, the court had been playing the role.

He said that the courts had been nullifying elections at the expense of the country to conduct re-run elections that should not have been nullified if party primaries were properly conducted.

Mr. Yakubu, therefore, urged political parties to ensure that their primaries were properly conducted in accordance with the provisions of the law.

“Some of the re-run elections are at great expense of the nation. We can save cost if parties truly conduct primaries.

“In addition to proper primaries, parties should also comply with the requirements of the law. I am appealing to parties to be guided by certain judgments of the Supreme Court.’’

He said that building a strong democracy started with political parties, who were responsible for sponsoring candidates for elections.

The INEC chairman also advised political parties to ensure that women and persons living with disabilities were given equal opportunities in elections.

He reassured that the commission would never fail Nigerians in executing its responsibilities of conducting free, fair and credible elections, especially as the commission prepared for 2019 general elections.

“Whoever wins at the ballot box becomes the person so elected.

“The vote you cast will continue to determine who wins until the short tenure that we have been given under the law comes to an end. There will never be in an election, memory still revisiting the past.

“We have taken a leap forward and INEC will never be found wanting,’’ he assured.

On registration of political parties, Mr. Yakubu said that INEC would continue to register parties that met the criteria.

“As at last week, 103 applications were pending, and I am sure we would have received more applications for registration.

“We will continue to be guided by the provisions of the law and any association that qualifies will be registered as a political party.

“At the same time, we will also be courageous to de-register any political party that failed as recommended by the law.’’

Amaechi replies Wike; says Rivers gov. has no evidence of corruption against him