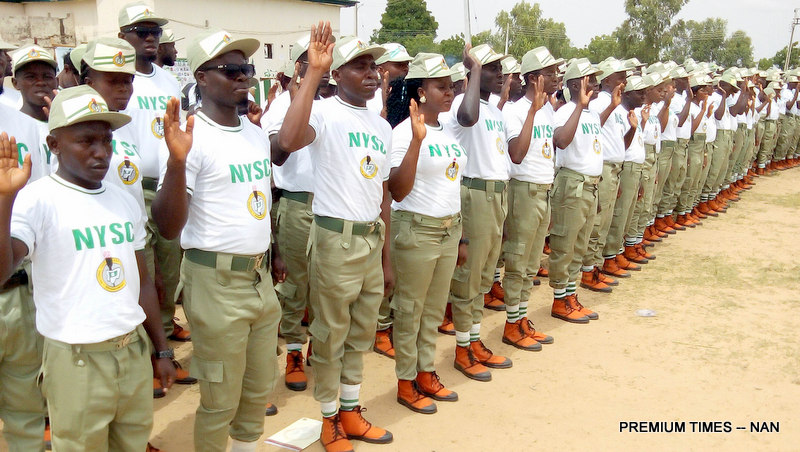 The National Youth Service Corps members have been advised to shun the get-rich-quick syndrome and seek lawful means of livelihood.

The Director-General of the corps, Sulaiman Kazaure, a brigadier general, gave the advice on Monday while addressing Corps members at the NYSC Permanent Orientation Camp in Ebonyi State and the Cross River State Temporary Orientation Camp, College of Education, Akamkpa.

He particularly warned them against cybercrimes and other fraudulent activities.

“I want you to know that there is no shortcut to success. So, work hard and the sky will be your limit.

“Whatever you are doing, make the fear of God and honesty your watchwords,” he said.

Mr. Kazaure urged them to respect constituted authorities and always be civil in their approach whenever accosted by security agencies.

The Director-General also enjoined the Corps members to take advantage of the opportunities for self-employment offered through the NYSC Skills Acquisition and Entrepreneurship Development Programme.

Earlier, the NYSC Ebonyi State Coordinator, Regina Iluebbey, identified the wear and tear on structures as one of the major challenges at the camp, and expressed hope of a state government intervention.

The Batch ‘A’ (Stream II) Orientation Course started on July 26 and it will end on August 15.

In Cross River State, the Coordinator, Olufunke Ambeke, told the Director-General that the camp environment was peaceful and that the Corps members were well-behaved.

She appealed to the state government to work on the permanent orientation camp at Obubra so as to make it conducive and ready for the next batch of Corps members in the state.

The NYSC scheme was created in 1973 to “reconstruct, reconcile and rebuild the country after the Nigerian Civil war.”

According to the NYSC, the purpose of the scheme is primarily to inculcate in Nigerian youth the spirit of selfless service to the community, and to emphasize the spirit of oneness and brotherhood of all Nigerians, irrespective of cultural or social background.