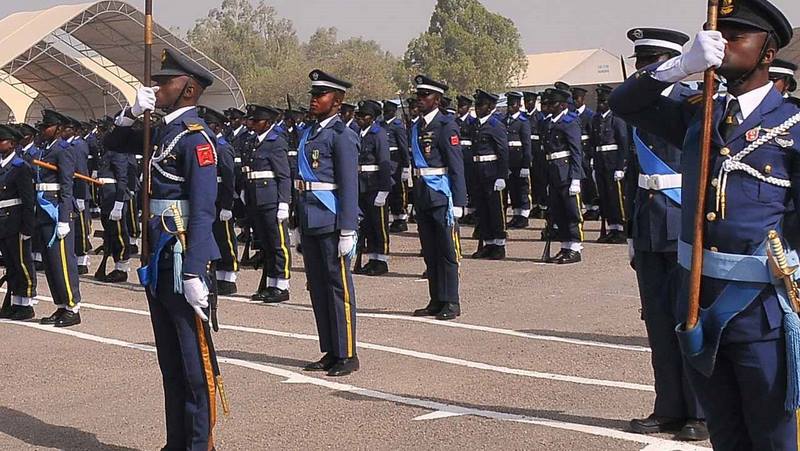 The Nigerian Air Force, NAF, says it has commenced the training of 450 “carefully selected” regiment personnel as Special Forces.

The NAF Director of Public Relations and Information, Olatokunbo Adesanya, who disclosed this in a statement on Monday in Abuja, explained that the training would be conducted in three batches.

“Training for the first batch, comprising 150 personnel, took off this weekend at the NAF Regiment Training Centre in Kaduna,” he said.

Mr. Adesanya, an air commodore, said that the training was being handled by ‘FOUR-TROOP’, a reputable foreign military training organisation from Israel.

He said that the training would develop the capacity of the personnel to fight under all types of terrains and weather conditions.

“At the end of the nine-week training, successful participants will be deployed to defend NAF air assets and bases, as well as critical national infrastructure and assets.

“The Special Forces will also be required to take the battle to the adversaries, whenever necessary,” he said.

Mr. Adesanya quoted Samson Akpasa, the Air Officer Commanding, Ground Training Command, who inaugurated the training exercise, as saying that the exercise became necessary to ensure a robust counter-force to respond to insurgencies.

He further quoted Mr. Akpasa as saying that the counter force had become necessary in view of threats to security by insurgents, militants, oil thieves, cattle rustlers and kidnappers.

“As conflicts become more complex and diverse, a force multiplier unit such as the Special Forces will enable us gain an upper hand in tactical battles,” the official also noted.

The statement quoted Mr. Akpasa, an air vice marshal, as thanking the foreign partners, especially the ‘FOUR TROOP” company, for accepting to conduct the training in Nigeria.

It also quoted Isaac Subi, Commandant of NAF Regiment Training Centre, who also spoke at the ceremony, as saying that NAF Regiment Specialty was a blend of the Army Infantry and Artillery Corps.