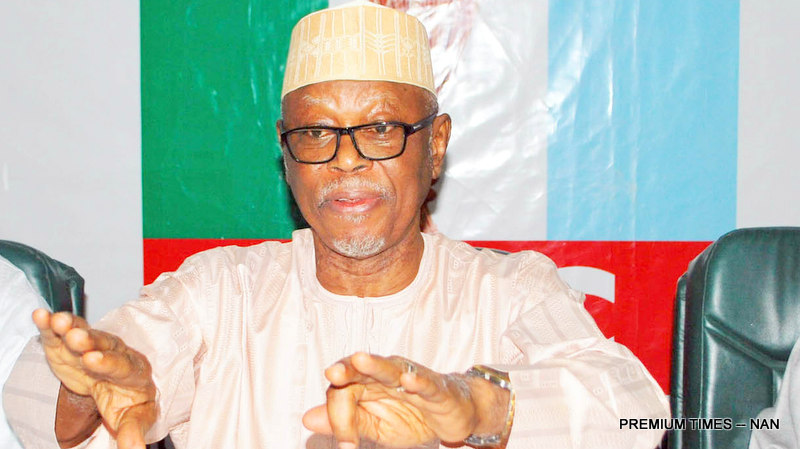 The All Progressives Congress, APC, constitution review committee set up in January has submitted its report to the chairman of the party, John Oyegun, on Thursday in Abuja.

The report was submitted by the chairman of the committee and APC National Legal Adviser, Muiz Banire, at the party’s national secretariat.

It was learnt that the 10-member committee which was set up to review the party’s constitution ahead of the non-elective national convention, has come up with a report containing 85 proposed amendments.

The committee, which comprise members like the APC National Organising Secretary, Osita Izunaso and member, House of Representatives, Asabe Bashir, was set up to analyse the party`s existing constitution which did not address issues such as disciplinary measures to be taken against erring members as well as membership requirement.

Mr. Banire said the committee had six working sessions after which it had a three-day retreat to consider the final report and analysis.

“In carrying out the assignment, we called for memoranda from members of the party across board via publications in the newspapers. In addition to memorandum collected, we also wrote letters to the various party organs for their contribution as well as the government to give us their contribution.”

“We received tons of them. Through the assistance of the International Republican Institute, IRI, we were able to sort them out, analyse them eventually. We had contributions that are worthy of consideration.”

“We have contained in Annexure A of our report proposals for amendment totalling 85 for review. It is as a result of several factors which include our experience in operating the present constitution and the gaps we have noticed and developments that we also need to capture,” Mr. Banire said during the presentation.

“We believe that most of the amendments we are recommending if put in place will strengthen our party and enable it to withstand the stress that is capable of being generated from time to time as a result of tension,’’ he added.

Mr. Oyegun said the report will be deliberated by the Party’s National Working Committee, NWC, and subsequently, the National Executive Committee, NEC and finally put before the convention for final approval.

“There are areas we needed to consider like the emphasis on internal democracy, disciplinary procedures which were extremely cumbersome and needed to be looked at so that if justice has to be meted out, it should be done speedily and quickly and not subject the party to the kind of unpleasant situation where because of constraints provided by the constitution you are unable to take action speedily as and when necessary,” Mr. Oyegun said.

“The NWC will go through your recommendations with a fine tooth comb and it will subsequently go to the NEC and be put before the convention for final approval.’’