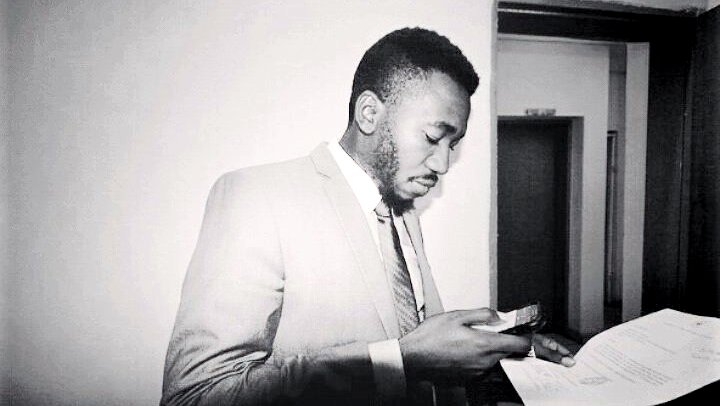 The Economic and Financial Crimes Commission has finally revealed the identity of the handler of its witty Twitter account.

He is fast rising rap artiste, Olufemi Olukayode Adeyemi, popularly known as F.Shaw,the EFCC handle tweeted.
However, the unveiling was mixed with irony as the anti-graft agency also disclosed that F. Shaw would no longer handle the account.

For almost a year, the identity of the handler was top secret such that even staff of the EFCC were unaware of the face behind the handle.

In just a few hours after his identity was disclosed, F.Shaw’s Twitter followers increased from barely 2,000 to over 13,000.

The Twitter account of the EFCC is a social media favourite because of its witty clap backs and banters.

There were immediate rumours that F.Shaw had left the EFCC role because of an impending NYSC programme. But the rap artiste laughed these off, saying he might look young but he completed his NYSC 10 years ago.

F.Shaw said he left the role because it was time to do so.

EFCC wrote: “You are an excellent communicator; you are special. Good luck for the future and thank you for your service.”

You are an excellent communicator; you are special. Good luck for the future and thank you for your service @FshawKingFisher, "The Handler". pic.twitter.com/cm6hljAxCn

F.Shaw replied saying, “Thank you for trusting my judgment and thank you for the privilege to serve. I wish you greater success going forward. Esprit de Corps.”

Thank you for trusting my judgement and thank you for the privilege to serve. I wish you greater success going forward. Esprit de Corps. https://t.co/miXuWpns69

Here are a few things we know about the artiste popularly known as F. Shaw:

1.The Covenant University graduate started music officially in 2005 and has worked with many high-profile acts like Cobhams Asuquo, Omawumi, Timaya, Tee-Y Mix, K-Switch, Spellz and more.

2. He made waves about seven years ago when he dropped a slew of impressive singles such as “The World Turns” and “Moonlight Serenade.”

3. His interest in hip-hop peaked in 2004 when he started penning lyrics and fine-tuning his craft. One of his earliest recordings was ‘Bounce,’ which featured K-Switch & TIB. Dr. Frabz produced the track while they were all students of Kings College at the time.

F.Shaw also released a five-track EP in 2008 titled ‘Avant-Garde’. It contained ‘Let It Go’ and the Tee Y Mix-produced ‘Moonlight Serenade’, among others.

4. F.Shaw in 2008 competed in the MTV Base reality show “Advance Warning”, alongside 25 other upcoming Nigerian artistes.

5. F.Shaw shared the same stage with Omawumi, D’banj and the Mo’Hits crew at the ‘West Africa Tour’ in South Africa in 2008.

6.He left the music scene after he was “brutally stabbed” multiple times by armed robbers. After recovering from the incident, he went to the UK to pursue his master’s degree.

7. F.Shaw is working on his debut album, which will be released under his own imprint,‘Royal Status.’

Local govt election in Ajegunle ‘a rape on democracy’ – Lawmaker