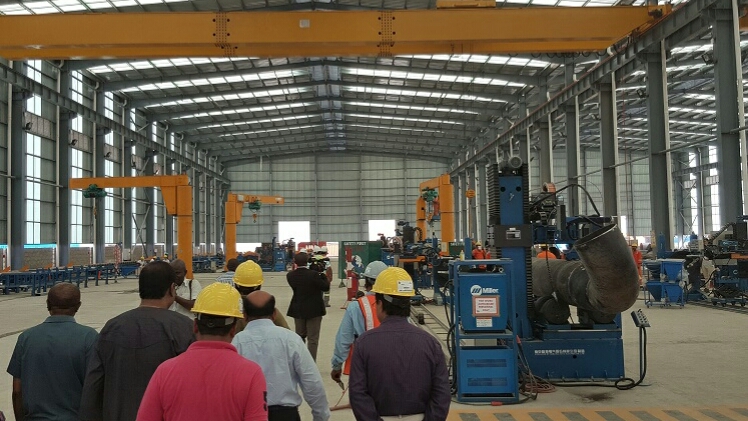 A Lagos Division of the Federal High Court on Thursday adjourned till July 26 a N100 million suit filed against Dangote Refinery Limited by a member of its staff, Martina Amosu.

Joined as co-respondent in the suit is the Economic and Financial Crimes Commission, EFCC, which has held Ms. Amosu in custody over allegations of fraud.

According to an affidavit sworn to by the father of the applicant, Martin Ushie, and filed before the court by a Lagos lawyer, Temitope Elusogbon, the deponent averred that his daughter was employed as the Head of Accounts for Dangote Refinery Limited and had been acting in that capacity since 2011.

In the course of her employment, according to the affidavit, the company periodically pays money into her personal account for disbursement to external contractors/beneficiaries and other people in accordance with the company’s instructions.
Early this year, the company complained that there was double approval to pay contractors and this led to double payment, and as a result, the company instructed the contractors who had been paid twice to remit the excess payment back into the applicant’s account.

Some of the contractors complied while others failed to do so, according to the affidavit.

Thereafter, Dangote Refinery instructed the applicant to forward details of her personal account for scrutiny but she declined saying the details were personal and private information which the company had no right to request or demand.

The company subsequently laid a complaint with the EFCC alleging she had diverted its funds.

On June 30, Ms. Amosu was arrested, her family members threatened, and her house searched without a search warrant, the affidavit stated, adding that the applicant had been in EFCC custody ever since.

Mr. Elusogbon said he requested his client’s bail on July 1 but the conditions given were “outrageous, unfavourable and impossible” to meet. He then asked for the bail conditions to be varied, but the EFCC officials stated that they must pay N34 million via bank draft.

Mr. Ushie averred further that the money paid into the personal account of the applicant by the company were disbursed in line with the instructions of the company, but the company failed to do an auditor reconciliation of its account and the monies disbursed rather they were trying to intimidate or coerce the applicant into paying for their mistakes.

Mr. Ushie also averred that his daughter told him that all the documents relevant to a proper reconciliation of the accounts are with the company, and reconciliation is the only way the matter can be resolved and not keeping her in the EFCC cell at Ikoyi.

Consequently, the applicant is urging the court not only to declare her arrest and detention illegal, but to also declare that the bail conditions stipulated for her by EFCC as unfair and unreasonable.

In addition, the applicant while demanding for N100 million as damages for the trauma caused by the action of the respondents, urged the court to order her release from the custody of EFCC on such terms as may be specified by the court.

When the case was mentioned, Judge Chuka Obiozor while adjourning for hearing ordered the applicant to serve all the court process on both the EFCC and Dangote Refinery Limited.